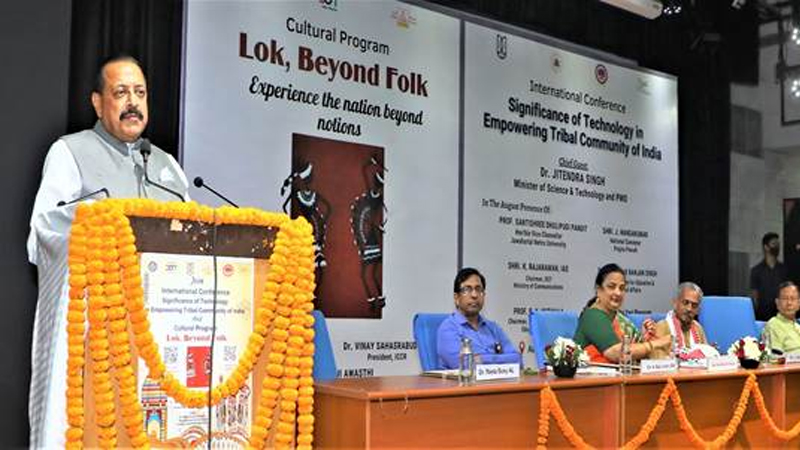 Addressing, as chief guest, the inaugural session of 2-day International Conference on “Significance of Technology in Empowering Tribal Community of India” at JNU Convention Centre, Dr Jitendra Singh informed that 33 such STI Hubs have already been established and 7 are going to become operational soon by DST.

The Minister said that these Hubs will directly benefit over 30,000 SC and ST population through various interventions spreading across farm, non-farm, other allied livelihood sectors and various livelihood assets like energy, water, health, education, etc.

Dr Jitendra Singh said that after Prime Minister Narendra Modi assumed charge in May, 2014, the Tribal Community was given a “New Deal” and efforts were made in the last 8 years not only to give them more representation in government, but also to empower them through different schemes and interventions including in the areas of Education and Skill Development. The Minister also pointed out that during the UPA, only Rs 21,000 crore were provided for the welfare of tribal people, but under Modi, it has been enhanced to Rs 78,000 crore. 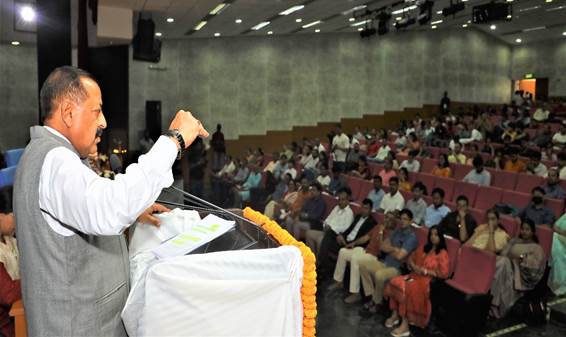 Dr Jitendra Singh also quoted Prime Minister Modi’s Independence Day Address this 15th August, wherein he said, “When we talk about the freedom struggle, we cannot forget to acknowledge our tribal society living in forests. There are countless names like Bhagwan Birsa Munda, Sidhu-Kanhu, Alluri Sitarama Raju, Govind Guru, who became the voice of freedom movement and inspired my tribal brothers and sisters, mothers and youth in the remotest jungles to live and die for the motherland”.

Dr Jitendra Singh also said that it was the Modi Government which decided to celebrate the birth anniversary of Bhagwan Birsa Munda every year on 15th November as Tribal Gaurav Diwas, coinciding with the Amrit Mahotsav

Dr Jitendra Singh said, for the first time in the country after independence, on such a large scale, the art-culture of the entire country’s tribal society, their contribution to the freedom movement and nation building is being remembered and honoured with pride. 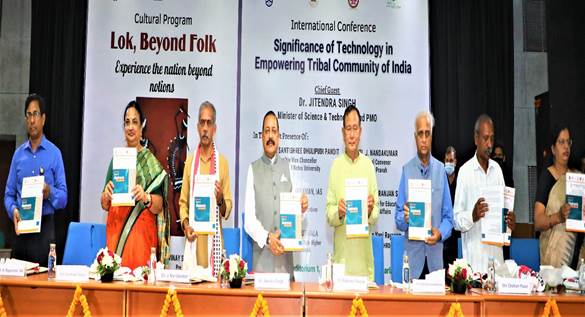 Dr Jitendra Singh concluded that when India will take the high pedestal on the world map in 2047, during the 100th Independence Day celebrations, the role of more than 25 percent SC/ST Communities will have their own golden history to tell in the Amrit Kaal of next 25 years.