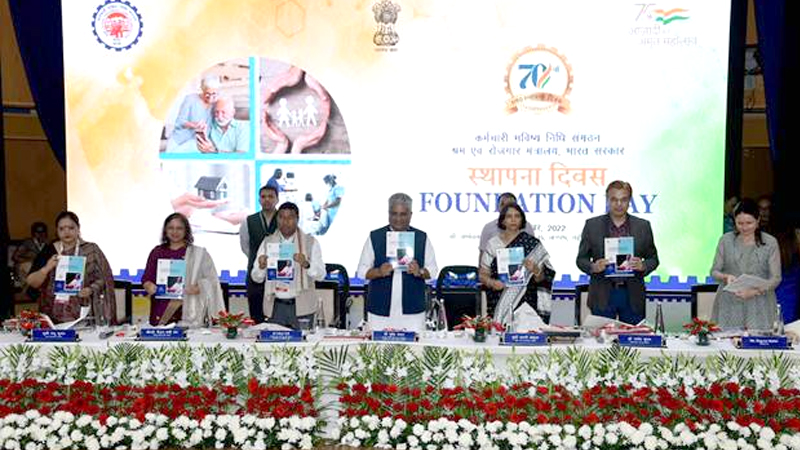 Union Minister for Labour & Employment, Environment, Forest & Climate Change, Shri Bhupender Yadav inaugurated the 70th Foundation Day of EPFO held at Dr. Ambedkar International Centre, New Delhi today. He congratulated everyone on the occasion and emphasized the role of EPFO in nation-building and being an important part of nationwide Amrit Mahotsav celebrations.

Marking this event, the Shri Yadav launched the Welcome Kit for Employers and Employees which included guidelines and suggestions for extending the benefits to the stakeholders. This kit was also released in 21 Vernacular languages apart from Hindi and English for the benefit of a larger subscriber base in the far-flung areas of the country. 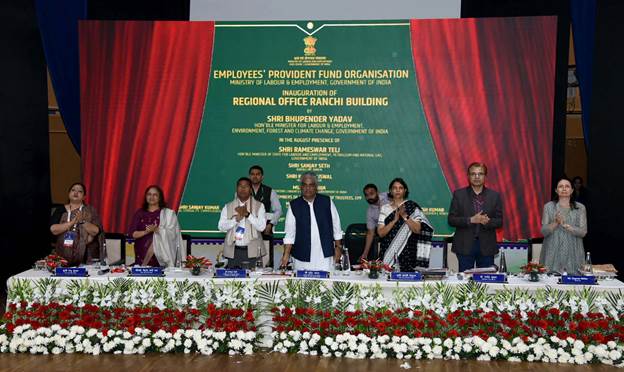 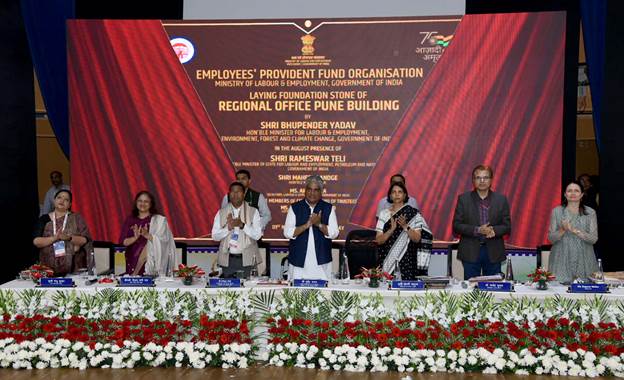 The function also marked the distribution of awards to various offices and establishments: –

The Union Minister expressed happiness over the way EPFO has grown in the years gone by and the way it is managing its huge corpus of savings of the members. He further stressed the part to be played by EPFO in achieving the vision of Shramev Jayate of the Prime Minister. The five objectives of Chintan Shivir namely Mission 10 crore, Ease of compliance, EPFO Karmayogi, Satisfied members and Preparing for the future have been identified as mission areas for work to be taken up by EPFO in the future. 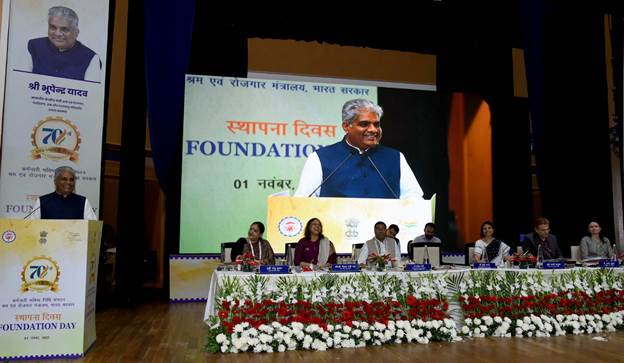 Shri Yadav also emphasized the importance of the four labour codes in which 29 labour laws have been subsumed. This rationalization and simplification of laws will minimize litigations and bring in ease of doing business. The whole of the government approach of the Prime Minister is being implemented to bring about policy intervention so that the benefit is delivered to the last man standing in the queue.

Shri Rameswar Teli, Minister of State for Labour & Employment welcomed and congratulated everyone on the occasion of 70th Foundation Day of EPFO. He praised the concept of awarding the best performers and congratulated the winners. He expressed that the implementation of issues identified in the EPFO vision @2047 will help the organization fulfil the vision of universalization of social security in the country

Ms. Arti Ahuja, Secretary, Labour & Employment, Govt. of India expressed her happiness on the occasion and congratulated the winners of the awards. She expressed that this is an occasion to look back on what EPFO have achieved in the decades gone by and from here on how EPFO would innovate and deliver on the rising expectation of the members.

Ms. Dagmar Walter, Director, ILO Decent Work congratulated EPFO on this momentous occasion. She praised the good work done by the organization during the Pandemic and its efforts towards providing Nirbaad services to its members. As the Indian population ages, the importance and role of the organization in providing social security is going to increase in the years to come.

Mrs. Neelam Shami Rao, Central Provident Fund Commissioner, EPFO welcomed all the dignitaries who attended the 70th Foundation Day of EPFO and congratulated everyone on the historic occasion. 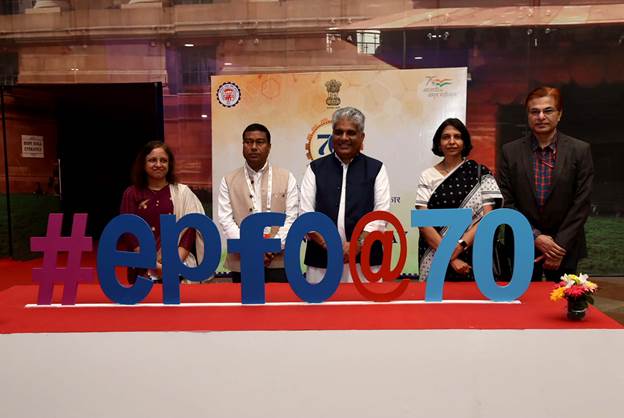