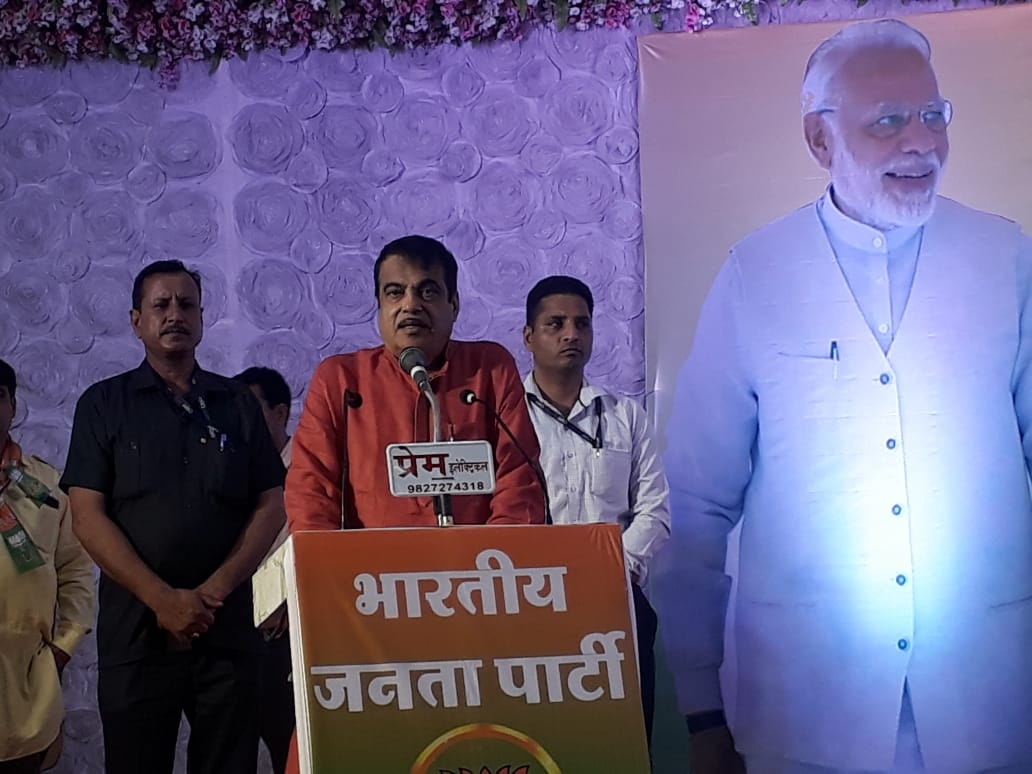 Union Minister Shri Nitin Gadkari said the government is working on a plan that will enable farmers to grow new crops instead of the conventional ones.

Addressing an election rally at Dhar in Madhya Pradesh, he said that national security is paramount for BJP. He said that India needs a Prime Minister like Shri Narendra Modi who can firmly deal with the issue of terrorism.

Referring to various public welfare schemes of the central government, Shri  Gadkari said that in the last five years, there has been many development works in the country like the cleaning of Ganga and building of waterways in rivers.

Shri Gadkari also addressed a public rally in Alirajpur in the state.