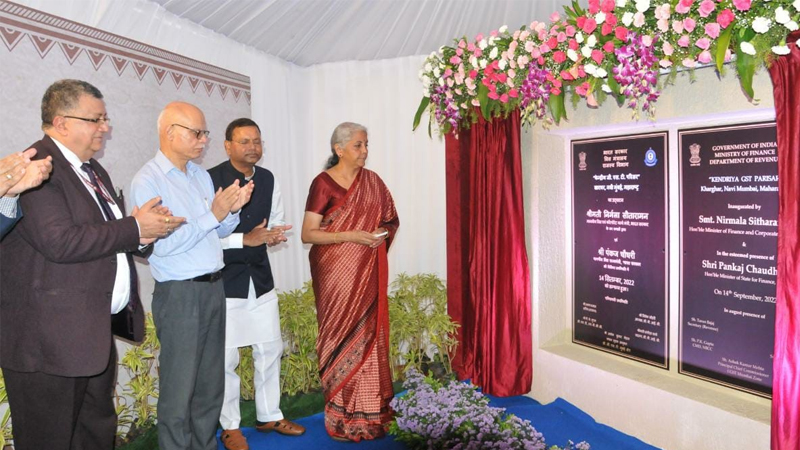 Kendriya GST Parisar is a spacious residential project with well thought layout and located at one of the most preferred locations In Navi Mumbai. The project sits at a crossroads of connectivity to major avenues of Mumbai and Pune and has quick and easy access to hospitals and Educational Institutes. The inauguration of project in Amrit Kaal during the Azadi Ka Amrit Mahotsav showcases the strength of New India. 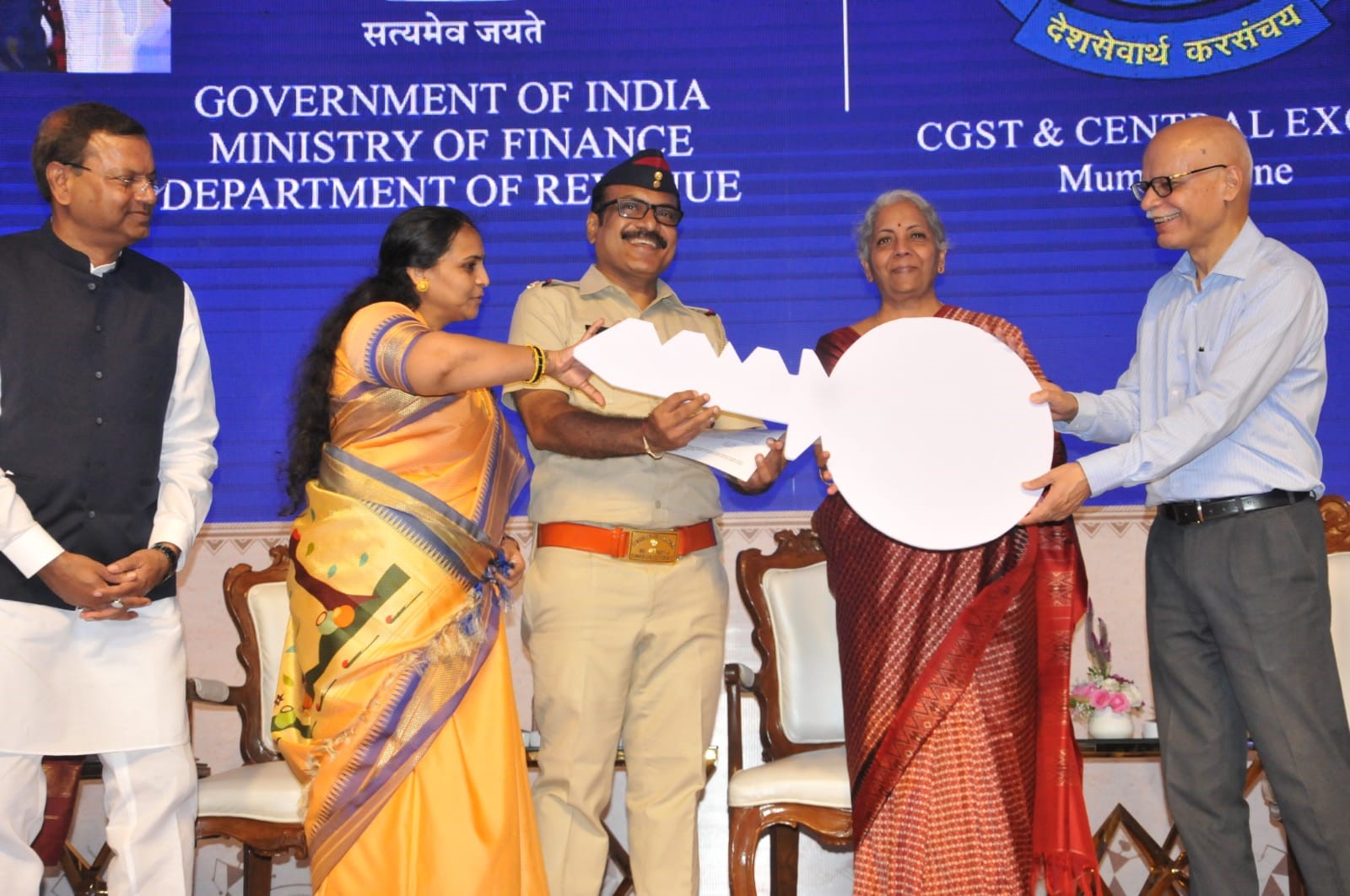 Addressing the gathering, Finance Minister expressed special appreciation to former Chairman of CBIC and his team for taking up the project and getting it cleared and executed. Smt. Sitharaman said that it gives her immense satisfaction to be in places where projects for welfare of Finance Ministry’s field formations are taken up and completed. Noting that the project has been completed in record time and cost by the public sector organization NBCC even during the pandemic, Finance Minister said that, “it is exemplary and proves that government organisations can excel and compete with the private sector as well”. In this context, she said that Government and Quasi-Government organizations had in earlier times been looked at with a sense of uncertainty. “Today is a rare occasion when a project is completed within time and cost, without compromising quality and keeping the future in mind”, said the Finance Minister.

Speaking about the achievements of CBIC, the Finance Minister said, “You keep doing good work, generating revenues, you are noticed for it, PM made a special appreciative mention recently on level of GST revenues”. The Finance Minister also spoke about the need for training CBIC officials for better utilization of Artificial Intelligence, Data-analytics, IoT and other technologies to identify fraudulent practices, such as detection of tax evasion.

The FM was appreciative of the Central Intelligence Unit team of CGST Mumbai Zone for fantastic data analysis and mining tools used for large scale tax evasion resulting in big recovery and booking of offenders. He also lauded the effort of the department to take care of future needs and development required for the second phase for welfare of officers and staff.

Minister of State for Finance Shri Pankaj Chaudhary appreciated the team that implemented the project for completion of the work at a cost of Rs 100 crores, which is less than the allocated project cost of Rs 110 crores. He also lauded the effort of the department to take care of future needs and development required for the second phase for welfare of officers and staff.

Revenue Secretary Shri Tarun Bajaj said, it is very important to take care of the tax officers, especially in terms of their accommodation, if good productivity is to be expected from them. In this context, there has been emphasis for the last year and a half to clear all such projects, he added.

The Revenue Secretary informed that another housing project of CBIC is coming up at Wadala in Mumbai. It is a huge project on a 40 acres plot. In the first phase 770-780 flats and one office tower will be constructed. This will be followed by construction of around 4000 residential units along with two office towers in the next phase.

Chairman CBIC Sh. Vivek Johri said 7% of GDP and 40% of foreign Trade is contributed by Mumbai. Mumbai Customs Zone give 25% and Mumbai CGST 18% of GST revenue in Country whereas 14% workforce of CBIC is in Mumbai itself. In order to meet the aspirations of staff and officers of Mumbai, second phase of 160 flats in the Kharghar would be constructed soon.

The Principal Chief Commssioner of CGST Mumbai Zone Ashok Kumar Mehta informed that CGST Mumbai Zone, the highest revenue collecting zone in the country, had collected more than Rs. 1,18,000 crores in the last fiscal. Rs. 11,000 crore of tax evasion was detected by the zone in last 12 months, he added.

The project was completed in record 14 months despite two waves of COVID 19 affecting work and within stipulated timelines of agreement. It is a State of the art structure, green and sustainable and conforming to GRIHA3 norms. The plot 20000 sq mtrs has a built up area of 30534 sq. mtrs thus the average cost of construction pegged at Rs 32,750 per sq mt or Rs 3044 per sq feet. The cost of Rs. 3044 per sq feet is far less than average cost of construction in Mumbai which is more than Rs 6000 per sq feet. The flats are spacious nicely ventilated with best fittings, fixtures and lightings. 187 Residential quarters for all class of officers and staff has been constructed viz: type II (42 flats), type III (70 flats), type IV (Special) (20 flats), type V (9 flats), and type VI (2 flats).

AFFORDABLE HOUSING is one of Mumbai’s most pressing issues. The General Pool Residential Scheme provides housing for Central Government employees, but with an increase in employment and applicants from all over India, there is a shortage of quarters and a long waiting list. As a result, this project has taken a significant step toward resolving the residential issues that government employees face. CBIC is making significant efforts to develop housing project for the welfare of officers and staff all over India wherever there is shortage of Government accommodation. 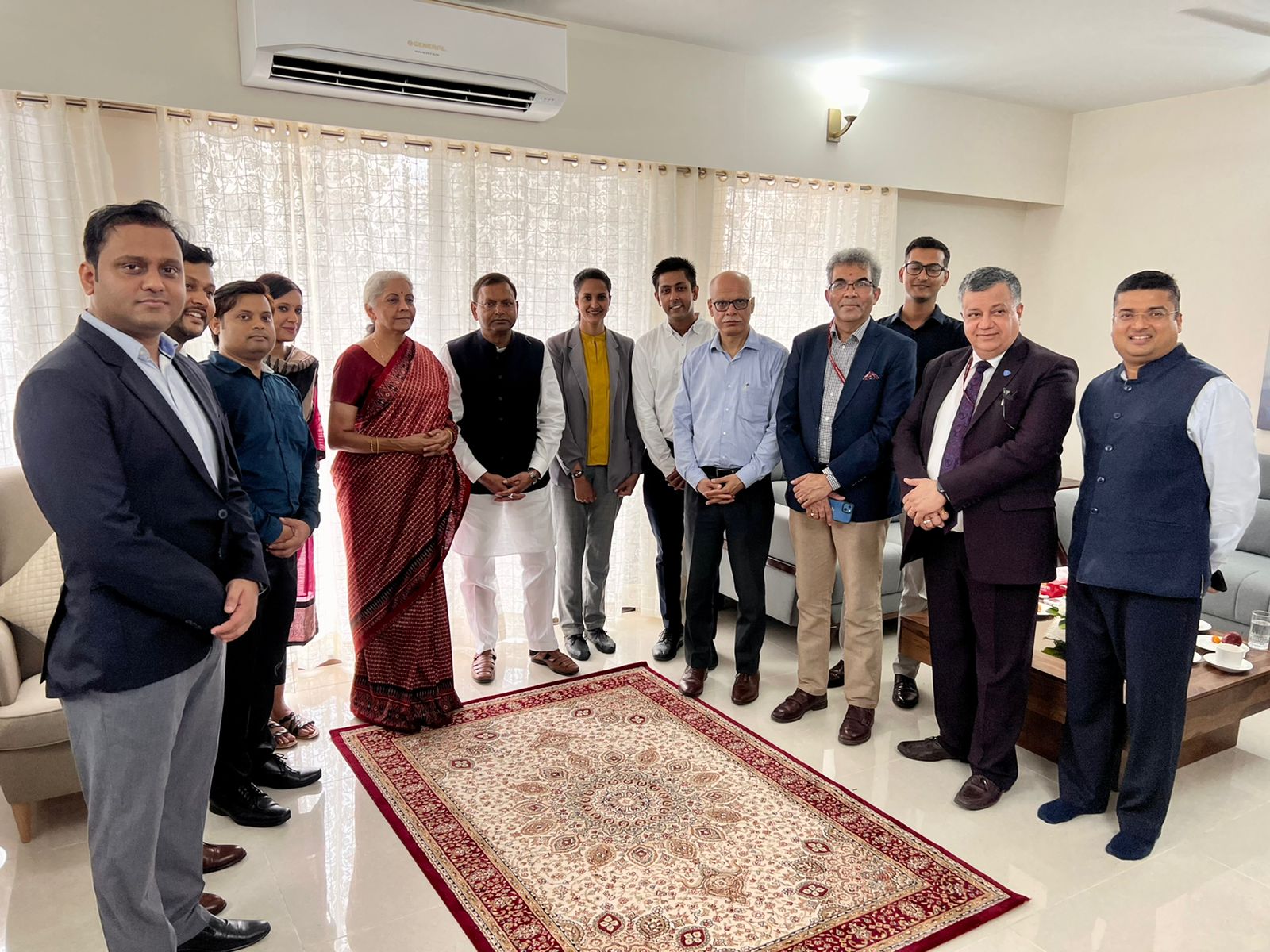