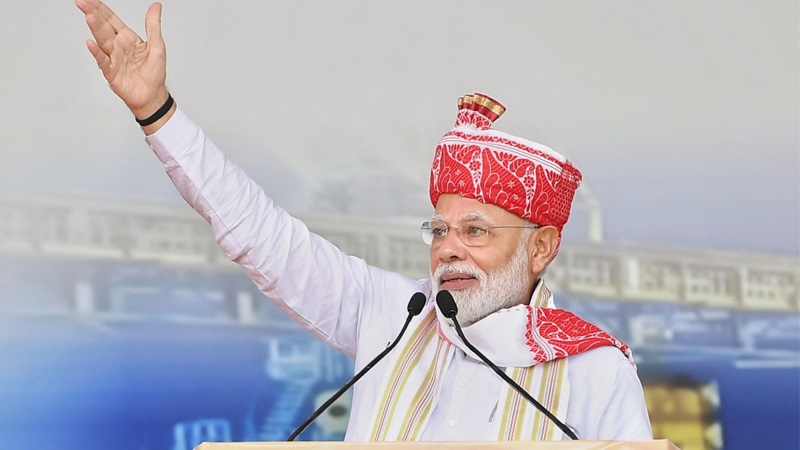 Prime Minister Shri Narendra Modi has said that development and the fight against corruption and terrorism during the first 100 days of his second term is just a trailer of a fast-paced film. Addressing a public meeting in Ranchi yesterday, Shri  Modi promised more concrete steps in the future in this regard.

Prime Minister said those who thought they are above the law and above courts are now approaching courts praying for bail. Shri Modi said, development is our pledge and commitment and the country has never seen such acceleration in development. Prime Minister also described the BJP-led NDA government as ‘kaamdaar’ (work oriented) and ‘damdaar’ (strong).

He was speaking after launching Pradhan Mantri Kisan Maan Dhan Yojana that will help small and marginal farmers by providing a minimum pension of 3,000 rupees per month on attaining the age of 60 years. Mr Modi also launched an ambitious pension scheme for shopkeepers – Pradhan Mantri Laghu Vyapari Maan Dhan Yojana.  Another ‘Swarojgar’ pension scheme was also rolled out for self-employed persons.

He also inaugurated a new building complex of Jharkhand Assembly, which will the first paperless Assembly in the country.

Prime Minister also inaugurated a multi-modal cargo terminal at Sahibganj, which will connect Bangladesh, Nepal and the North-East areas.