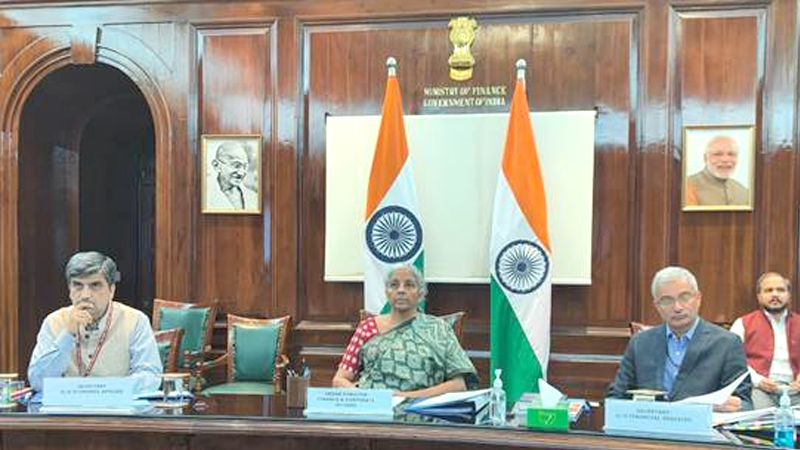 The GC noted that NIIF has developed into an internationally credible and commercially viable investment platform, backed by several highly respected global and domestic investors who have invested alongside the Government of India in NIIF Funds.

NIIF’s first bilateral fund – an “India Japan Fund” with contribution from GoI has been proposed through an MoU between National Investment and Infrastructure Fund Limited (NIIFL) and Japan Bank for International Development (JBIC). The MoU was signed recently on 9th November, 2022. This key update regarding bilateral engagements of NIIF was endorsed by the GC.

The GC appreciated that the two infrastructure Non-Banking Financial Companies (NBFCs), where NIIF has majority stakes, have increased their combined loan book from ₹4,200 crore to ₹26,000 crore in 3 years without experiencing any non-performing loans (NPLs) till date.

The Finance Minister asked the NIIFL team to build on the work done so far and leverage India’s attractive investment fundamentals to expand its operations.  Smt. Sitharaman encouraged the team to continue discussions with investors from countries that are keen to invest in India.

During the meeting an update on the progress made by NIIF over the last few years and key learnings from its investment operations were presented to the Governing Council. The GC was apprised of the current status of the 3 funds that are currently managed by NIIFL – the Master Fund, the Fund of Funds (FoF), and the Strategic Opportunities Fund (SoF). The sectors that these funds focus on, the status of fund raise, and the kind of investments that have been made under them were shared with the GC. The GC was informed about the investments and performance of NIIF operating companies in sectors such as ports and logistics, renewable energy, and digital infrastructure besides its foray into sectors such as waste management, water treatment, healthcare, EV manufacturing.