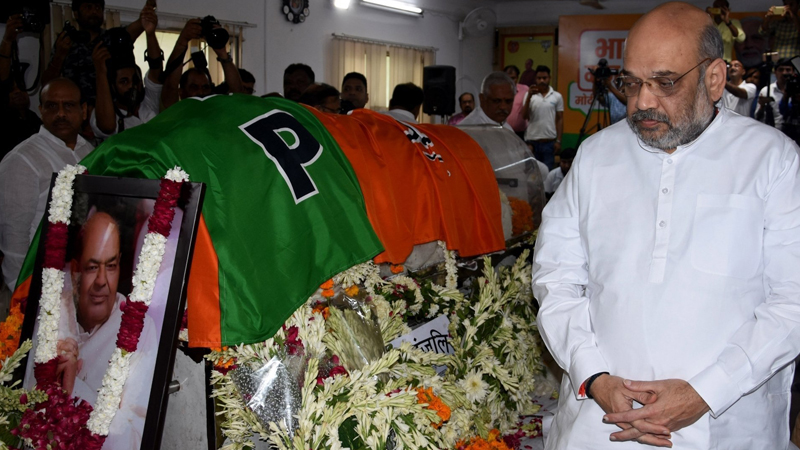 Former Delhi BJP President Shri  Mange Ram Garg  is no more. He passed away at a hospital in Delhi  on July 21. He was not keeping well due to age-related issues.

The demise of Garg, 83, was mourned by senior BJP leaders including Prime Minister Narendra Modi, who described him as a partyman with a deep connect with Delhi.

Garg had pledged his organs to the “Dadhichi Deh Dan Samiti” for which his body was taken to the Lady Hardinge Medical College hospital, the family members said.

“Mange Ram Garg Ji had a deep connect with Delhi and that was seen in the manner in which he selflessly served the people of the city. He played a pivotal role in strengthening BJP in Delhi. His demise is saddening. My thoughts are with his family and supporters. Om Shanti,” Prime Minister Shri Narendra Modi said in a tweet. He added , Leaders like Shri Mange Ram Garg Ji are assets for any party. They work selflessly at the grassroots and touch the lives of several people through various community service initiatives. The good work Garg Ji did would continue to be remembered for years.

BJP President and Union Home Minister Shri Shah said Garg selflessly worked for people throughout his life, adding that he served the people of Delhi from the time of the Jan Sangh and his sudden demise was a very big loss that could not be compensated. Shri Garg represented the Wazirpur Assembly constituency in the national capital between 2003 and 2008. He had held a number of positions in the saffron party, including that of the treasurer, the district president and the chief of its Delhi unit.