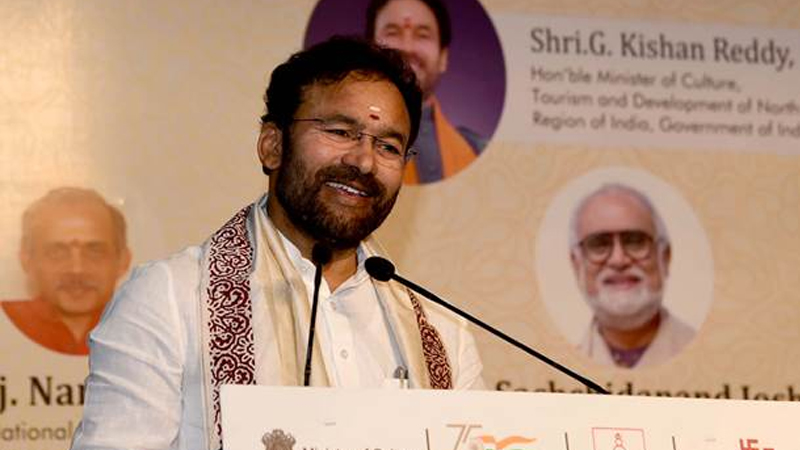 Union Minister for Culture, Tourism & DONER Shri G Kishan Reddy inaugurated the three-day North-East festival called ‘Ishan Manthan’ atthe Indira Gandhi National Centre for the Arts today in New Delhi. Member Secretary of IGNCA Dr. Sachidanand Joshi, Voice Chancellor of JNU Prof. SantishreeDhulipudi Pandit and National convener of PrajnaPravah Shri J. Nandakumar also graced the event.  The three-day event will give an opportunity to get acquainted with the culture, art, music, folk dances, handicrafts and traditional cuisines of Northeast India from March 25th to 27th in the premises of the Kala Kendra near the Western Court. The event will be held 10 am to 10 pm. The audience-listeners will be able to enjoy various cultural programmes and they will be able to buy the handicrafts, garments and other items direct from the artisans of northeast. 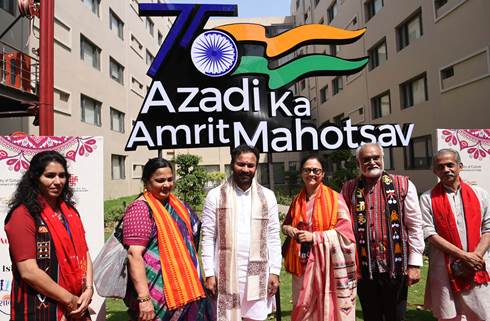 Speaking on the occasion Shri G Kishan Reddy said, “The Ishan Manthan programme is a three-day festival to celebrate the rich ethnicity and colours of North East India and it will help in fulfilling the resolve of Ek Bharat Shrestha Bharat. The North Eastern Region inhabits about 400 communities who speak more than 200 languages. The simplicity and humility of the people from the northeast provides them a unique identity”.

Shri Reddy further added, “The Narendra Modi Government is working for the welfare and development of the region. We have prioritised connectivity through all the four means of rail, road, airway and waterways. The budget for the region has increased by over 110% in the last seven and half years, which reflects our commitment to promote the region at a global level.” 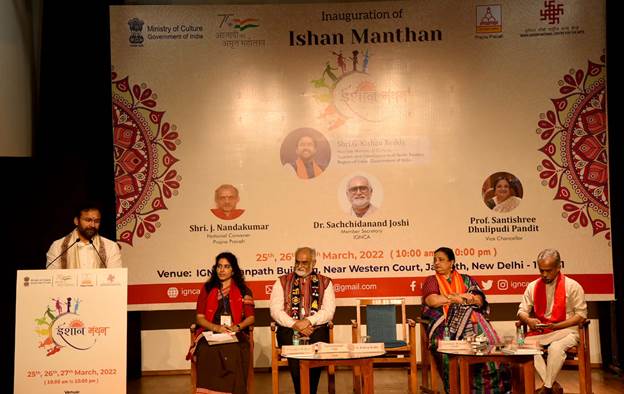 The inaugural session was followed by a discussion on the indigenous faith of North East India, performance on the wedding songs of Assam and Mithilanchal, discussions on the unsung freedom fighters of the North East and cultural programmes. The event will also provide information about the films, art and handicrafts of the North East. There will also be folk dance and musical performances from different states every day. On the first day Sikkim’s sofiyam band performed and on the second day ‘KarpakKardang’ of Arunachal and third day musical performance of ‘Teteseo Sisters Band’ of Nagaland can be enjoyed. Kohima’s band of Tetesio Sisters is now famous in the country and the world. These sisters named Mutsevelu, Azin, Kuvelu and Alune are also known as Mercy, Aji, Kuku and Lulu. Traditionally, these singers of the folk song ‘Li’ in the Chokri dialect have performed in Thailand, Myanmar, China, Korea and the US, etc., besides the country.