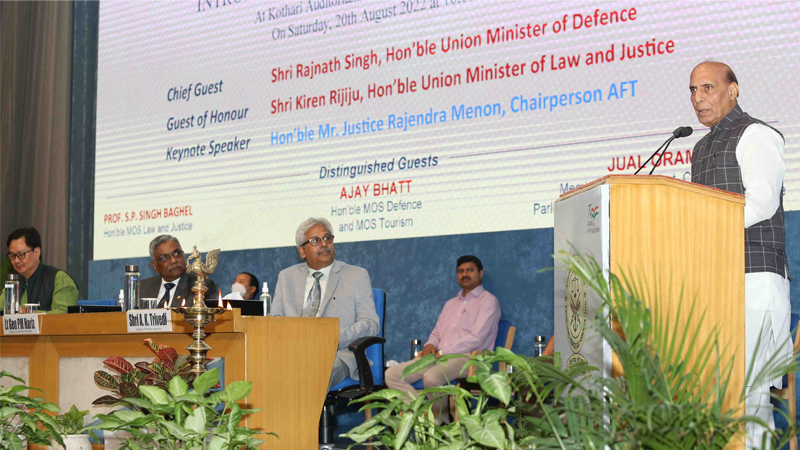 Raksha Mantri Shri Rajnath Singh said the Government is committed to make the Armed Forces Tribunal more empowered and responsive and implement measures that were required in this direction. Addressing the gathering at a Seminar titled ‘Introspection: Armed Forces Tribunal’, organized by Armed Forces Tribunal Principal Bench Bar Association today in New Delhi, he said the Judiciary is a strong pillar of democracy, and judicial officers, and lawyers are in turn pillars of this judicial system.  He said people knock on the doors of the judiciary when all other options were closed to them and sound Judiciary delivery systems were the basis for “Suraj” or good governance.

Shri Rajnath Singh added that domain-specific Tribunals were set up to deal with diverse cases and clear pending cases. He stressed that litigants have trust in our judiciary and whatever measures required were being implemented, such as filling up of vacancies in the Tribunals, to expedite the justice delivery process. He also assured the gathering that Government would consider suggestions that would emerge from the seminar to fulfill the aspirations of ex-Servicemen, and serving personnel for the speedy delivery of justice.

Raksha Mantri called for a balance between ‘justice delayed is justice denied’ and ‘Justice hurried is justice buried’ to lessen the burden of pendency on the judicial system in general and the Armed Forces Tribunal in particular as the timely delivery of justice will not only reduce the burden on Armed Forces Tribunal but will also reinforce the confidence of our soldiers in the system.

Shri Rajnath Singh informed the gathering that in India Armed Forces Tribunal has both Original and Appellate Jurisdiction whereas even today in some   developed countries such as USA and UK they only have appellate jurisdiction. It is very significant as the Armed Forces Tribunal is an important forum for redressal of grievances of Armed Forces personnel, Ex-servicemen, and their families.

Shri Rajnath Singh further stated that this introspective seminar on Armed Forces Tribunal has acquired added significance today when the country is celebrating ‘Aazadi Ke Amrit Mahotsav’ and recalled Hon’ble Prime Minister Shri Narendra Modi’s call on ‘Panch Pran’ for making India developed country, freeing from colonial mindset, being proud of our heritage and doing our duty.  Introspection, or observation, has been given great importance in the Indian tradition, Shri Rajnath Singh added.

Minister of Law & Justice Shri Kiren Rijiju also spoke in the seminar stressing that Government was working to reduce the pendency of the cases. He stated that tribunals like Armed Forces Tribunal were playing a crucial role in reducing the pendency. 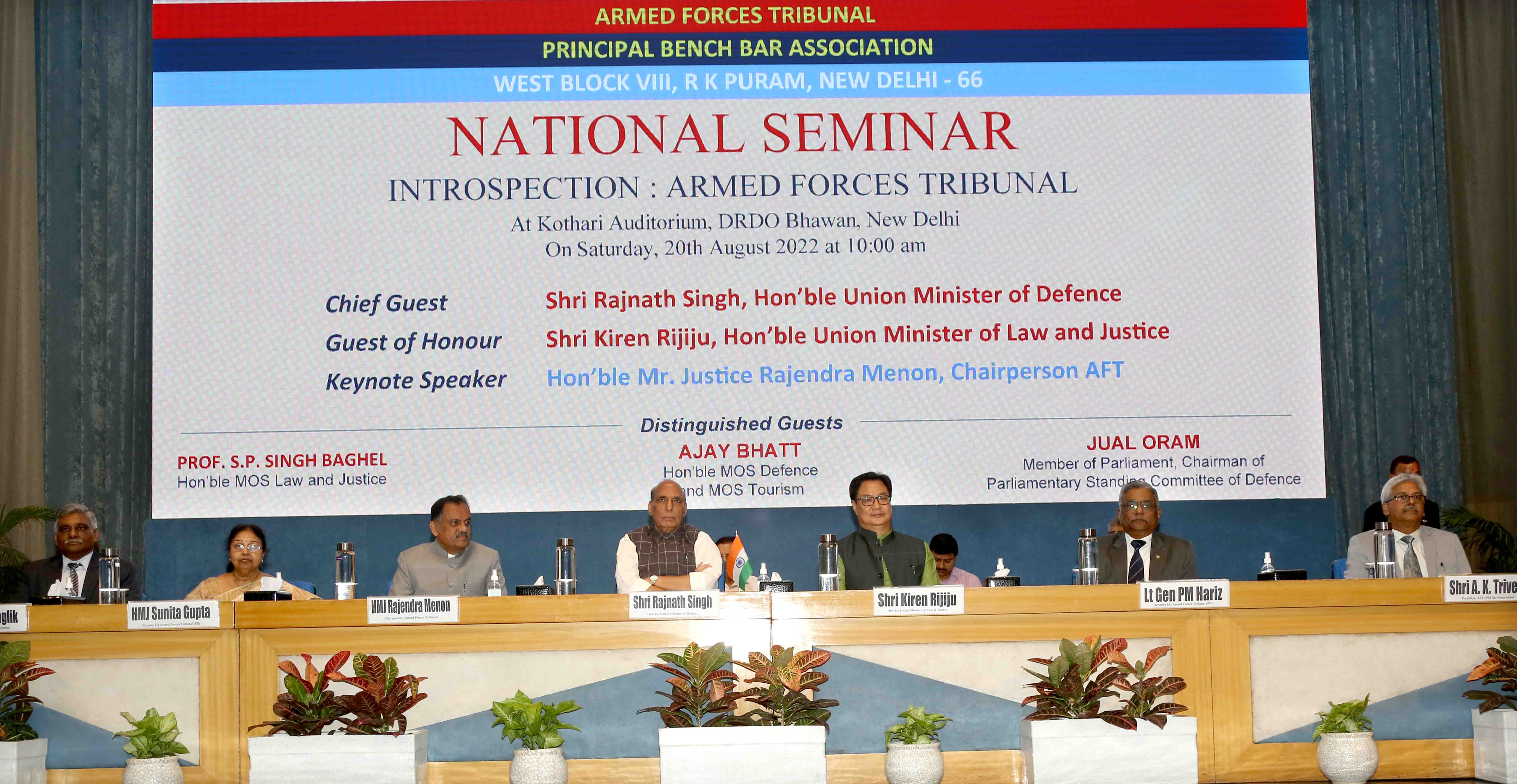