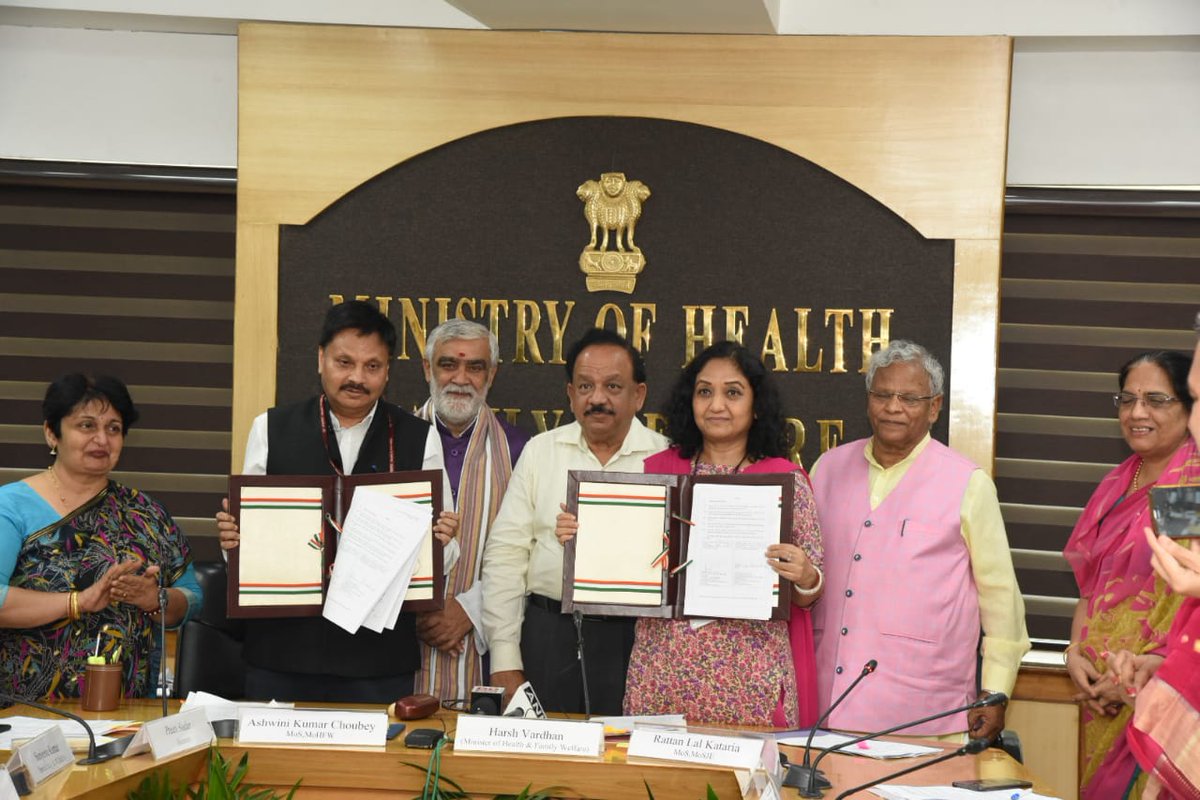 The government said that there has been more than 80 per cent decline in new HIV infection cases in the country since its peak in 1995. The global average of decline in new infection is estimated at 47 per cent.

Talking to reporters at a function in New Delhi, Health Minister Dr Harsh Vardhan said, National Aids Control Organization has signed an MoU with 18 Ministries and Departments to augment a comprehensive AIDS response mechanism. He said the government is committed for meeting all the set goals to eradicate HIV from the country.

National Aids Control Organization, NACO  signed an MoU with the Ministry of Social Justice and Empowerment for prevention and control of HIV related disease. The MoU intends to create awareness and educate people about the ill-effects of drugs abuse on the individual, family, workplace and society at large.

It aims to reduce stigmatization of and discrimination against, groups and individuals dependent on drugs in order to integrate them back into society.

Speaking on the occasion, Minister of State for Social Justice and Empowerment Shri Rattan Lal Kataria said, both the Ministries will work together, to spread awareness and to reduce HIV related diseases drastically.