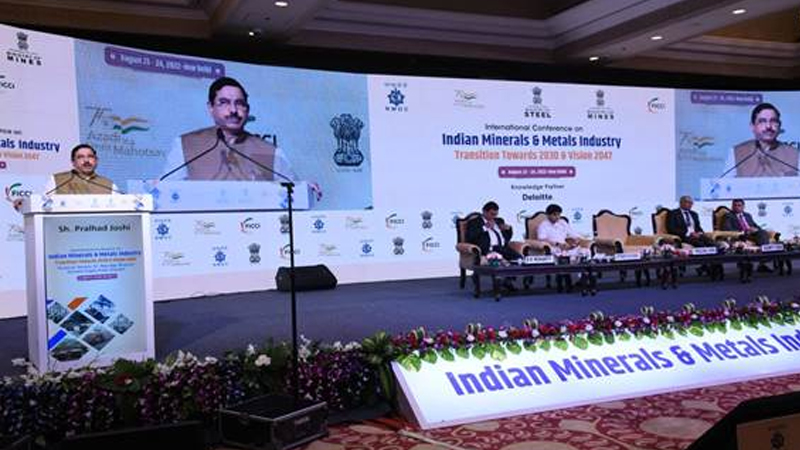 Union Minister of Coal, Mines and Parliamentary Affairs Shri Pralhad Joshi said that the Center is making sustained efforts to attract more private entrepreneurs into mineral exploration. Mineral exploration will be carried out without adverse environmental impact through enhanced use of drones and other latest technologies, he said.

In order to give further fillip to mineral exploration, National Mineral Exploration Trust (NMET) has been made an autonomous body, the minister added. Recalling his recent successful visit to Australia, Shri Pralhad Joshi said that compared to Australia our mineral exploration is restricted to limited area.  He said that as result of recent innovative initiatives and amendments in Acts and rules, 190 major mineral blocks have been auctioned during the last seven years. Pointing out that commercial coal mine auction is a big success, the minister urged the PSUs to start production from allotted coal blocks at the earliest or else the same may be a surrendered to the ministry for re-auctioning.