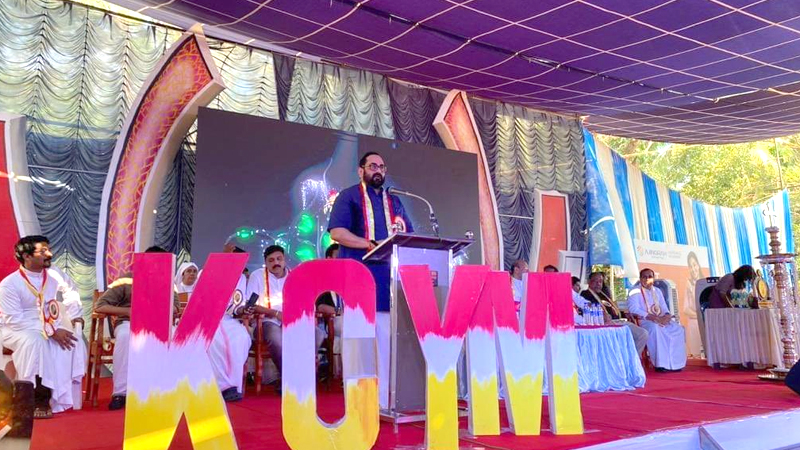 The Minister of State for Electronics & Information Technology and Skill Development & Entrepreneurship, Shri Rajeev Chandrasekhar today said that the Government of India is going to launch a Digital India Innovation Fund that will support Deeptech Startups.

The Minister made these remarks during his address to over 1000 college students as part of the New India for Young India: Techade of Opportunities program at the Catholic Bishop House Campus, Thamarassery, Kerala. The Minister spoke at length about how for most part of the past 75 years, India had been a dysfunctional democracy where the opportunities for growth were limited to a select few. “We had accepted this dysfunctionality as a fact and considered it as the cost of democracy.”

The Minister mentioned that PM Shri Narendra Modiji’s vision of New India is one where there were ample opportunities for every Indian to participate in the development process and Hard work and skills are the only determinants of success. 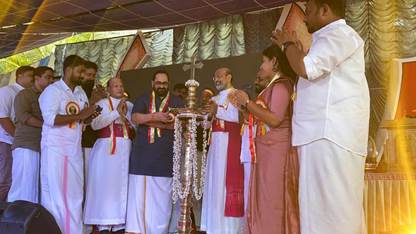 Responding to a question on the issues like job opportunities in the country and migration from Kerala, the Minister added “Migration is a consequence of lack of hope. But India at the moment is going through an inflection point. The coming decade is going to be India’s Techade. There are tremendous opportunities for young Indians. You won’t get these kinds of opportunities, anywhere outside India. We should always have confidence that this is our land and the action is in India.”

The Minister had lunch with Bishop Remigiose Inchananiyil & Bishop Varghese Chakkalakal and other members of KCYM Kerala Catholic Youth Movement. The Minister took to his Twitter handle and thanked Sister Celesti from the Missionary sisters of Mary Immaculate and her team for hosting lunch for the Minister at the Bishop’s house.

Speaking at event, he said, “The government under PM Narendra Modiji is committed to working with all communities for the future of India. Every Indian must have equal opportunities to prosperity irrespective of community, caste, place or religion.”

Referring to contribution by the Christian Community, the Minister said the community has contributed tremendously towards the growth and development of Kerala. They are an important stakeholder of India’s Amritkaal – the journey towards a developed Nation by 2047.

Earlier in the day, Shri Chandrasekhar met Managing Director of Mathrubhumi newspaper Shri M.V. Shreyams Kumar and Shri Raveendranath, Executive Editor. This was his first ever visit to the Mathrubhumi office. The newspaper which was played an important role in unifying Indians against the British, is celebrating its centenary year this year.

The Minister met senior directors and editors of the newspaper and shared with them Prime Minister, Shri Narendra Modiji’s vision for transforming India.

Later in the evening, the Minister also visited Janmabhumi’s office and interacted with the senior editors and journalists. The minister will be heading to Bangalore later tonight.