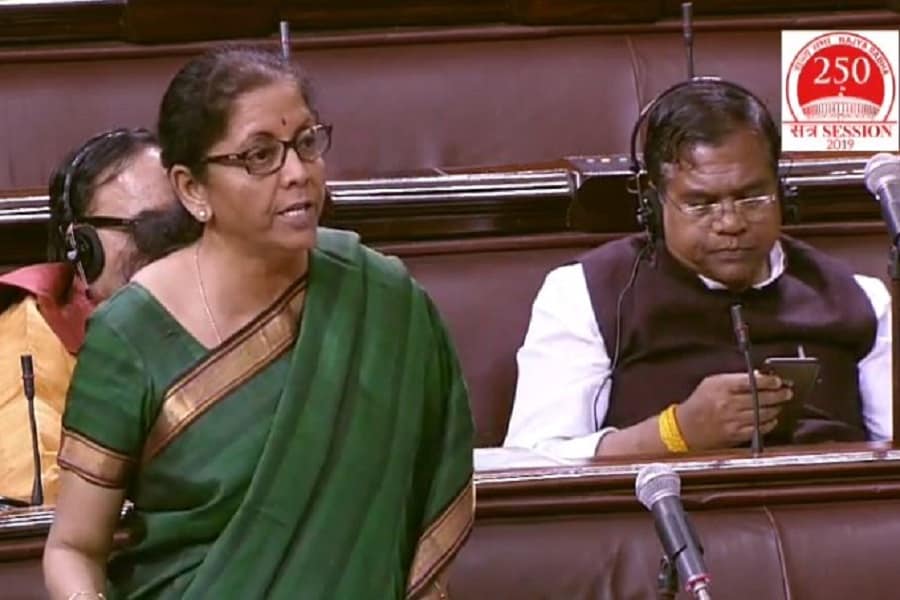 Finance Minister Ms Nirmala Sitharaman says the government is taking concrete steps to further boost the economy. She said steps taken by the government after the budget have started bearing fruits. The Finance Minister was replying to a short duration discussion in the Rajya Sabha on the economic situation in the country. She said India’s economy is not facing any recession.

Ms Sitharaman said several measures like recapitalization of banks, GST reform and other policy decisions have been taken to augment the economy. She said Prime Minister Narendra Modi was himself taking personal interest so that economy can be on a higher trajectory. The Finance Minister said the government has done well on several economic parameters as compared to the UPA dispensation.

Earlier, during the discussion, Opposition parties questioned the government over the economy, claiming that the country was heading towards a deep crisis.