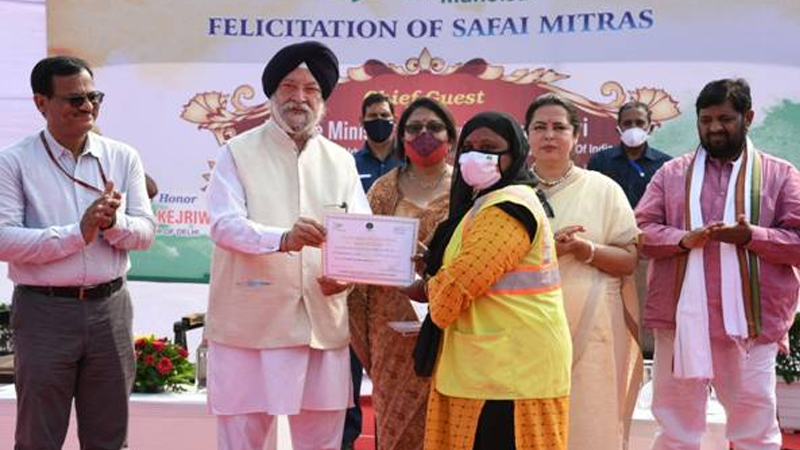 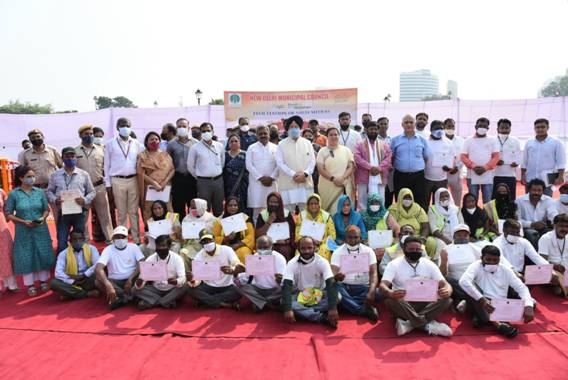 Speaking on the occasion, Shri Puri said that Mahatma Gandhi gave utmost importance to the cleanliness, and called upon the citizens in 1916 itself to imbibe personal hygiene and ensure cleanliness of the surroundings. Prime Minister Shri Narendra Modi gave a concrete shape to the vision of the Father of the nation, and launched Swachh Bharat Mission(SBM) 7 years ago. The Mission has been hugely successful in not only creating physical infrastructure and facilities, but also generating large awareness among the people and making it a people’s movement. Shri Puri said that Safai Mitras and frontline workers have been working tirelessly to keep our neighbourhoods clean, especially during the Covid times, and the success of SBM owes to a large extent to them. He said that the SBM’s success has credibility as its measurement and verification is done by Third party. Shri Puri said that Country, by and large, became Open Defecation free by 2019 itself, and the SBM-2.0, launched by the Prime Minister yesterday, aspires to make the country garbage-free in next five years. He also talked about AMRUT-2.0 which strives to make the cities ‘Aatmanirbhar’ and ‘water secure’

The Minister said that over the next two days, about 15 lakh Safai Mitras and Swachhta Warriors across the country will be felicitated by the Urban Local bodies, and the same will be recorded through a web portal. This, he said, was a way of acknowledging their major role and contribution in making the country clean.

Shri Kaushal Kishore said that the leadership and initiative of the Hon’ble Prime Minister has been instrumental in the success of the SBM. He said that impact of the Mission can be seen all around, with the Cleanliness becoming part of people’s habit. The cleanliness has led to lesser diseases, better health and better life. He called upon the citizens to not only clean their surroundings but also focus on their internal swacchta, by staying away from addiction to alcohol or drugs. 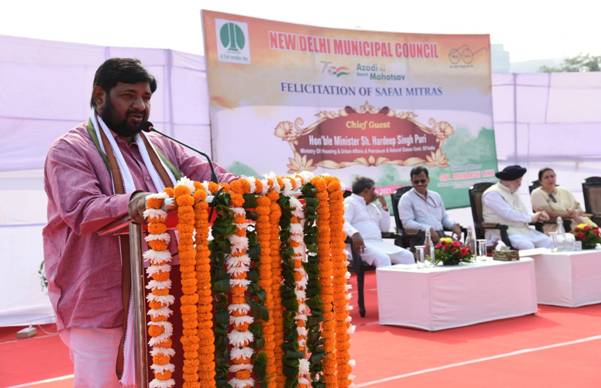 Smt Lekhi stressed upon the important role of Safai Mitras in bringing about a major change in our surroundings.

Shri Mishra thanked the Safai Mitras for their contributions. He said that during the Covid, new protocols were issued by MoHUA, for ensuring cleanliness as well as ensuring safety of the workers. He said that without their cooperation during CoVID-19, the situation could have been bad if the swachhta activities had not been undertaken in full speed. Secretary, MoHUA said that Manholes have now become Machine holes, as instances of people getting down into sewer to clean has become rare, and even if someone has to do, it is done with full protective gear and as per the protocol.

On the occasion, Shri Puri also administered Swachhta pledge to all those present there.