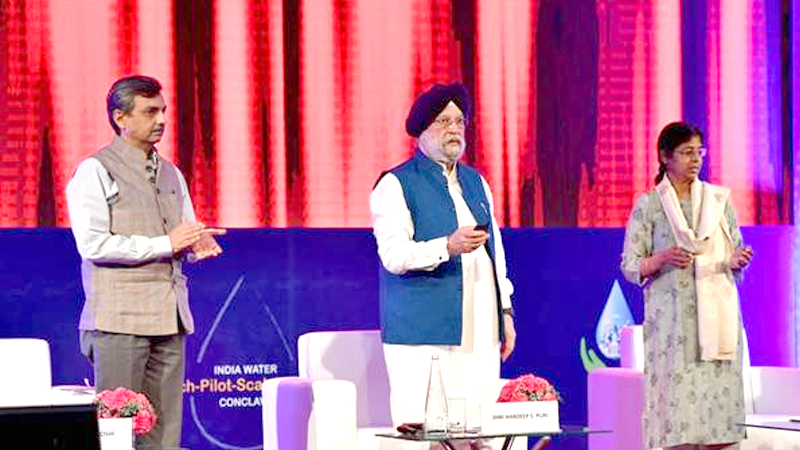 In line with the vision of Hon’ble Prime Minister of India, Technology Sub-mission to engage startups as ‘Technology Partner’ has been approved by Cabinet under AMRUT 2.0. The Mission aims to empower startups in the water/ used-water sector to grow through innovation and design that will drive sustainable economic growth and generate employment opportunities. Under this initiative, Ministry will select 100 start-ups which will be provided Rs.20 lakhs as funding support as well as mentorship.

Speaking at the occasion, Shri Puri emphasized on the important role being played by the Start-ups, and assured them of full and active support from the Government. He said that the Start-ups are the flavor of the season, as the number of Unicorns in the country has jumped, by leaps and bounds. The Minister said that success of the Government’s schemes hinges, to a large extent, to the role and contribution of stakeholders and others in the ecosystem. The Stakeholders’ responses in water sector are crucial for formulising Government programmes as they know what actually is the need. Shri Puri said that AMRUT 2.0 is a transformative and unique scheme, with a huge outlay of over Rs 2.77 lakh crore. He said that the scheme will ensure water security in the country, reduce its transportation costs, reduce groundwater contamination, and increase water utilization capacity. He said for the success of the Mission, Start-ups will have to play a meaningful role- by bringing in innovative ideas, Technology, novel delivery mechanism, etc. The launch was followed by a video message from Shri Kaushal Kishore, Minister of State, Housing and Urban Affairs. Shri Kishore said that inviting startups to be partners under Technology Sub-Mission is a promising initiative which will help resolve urban water problems in the country. 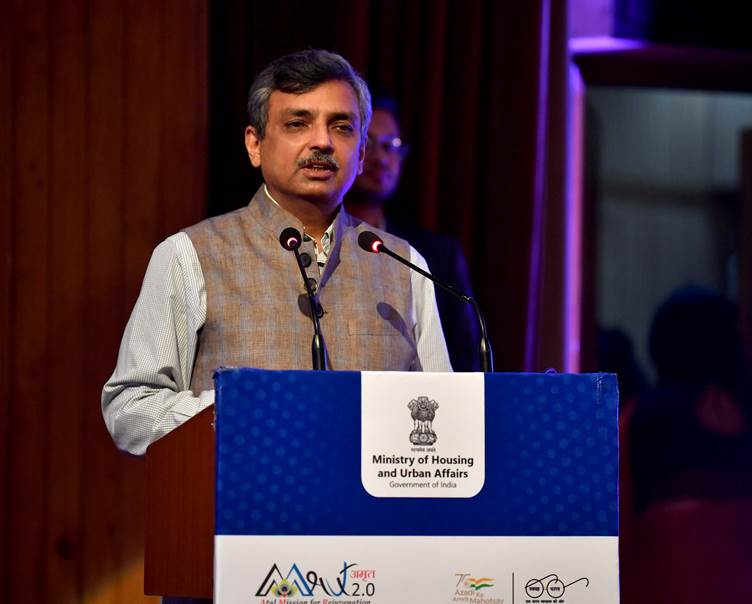 The Additional Secretary and Mission Director, AMRUT, MoHUA, Smt. D. Thara, officials from various State Governments and other senior officials from MoHUA participated in the Conclave. Several Start-ups from various parts of the country engaged in water gave their presentations with innovative ideas and cutting edge technologies. The Minister and other officials also saw the Exhibition on water sector, organised by various stakeholders engaged in water management.