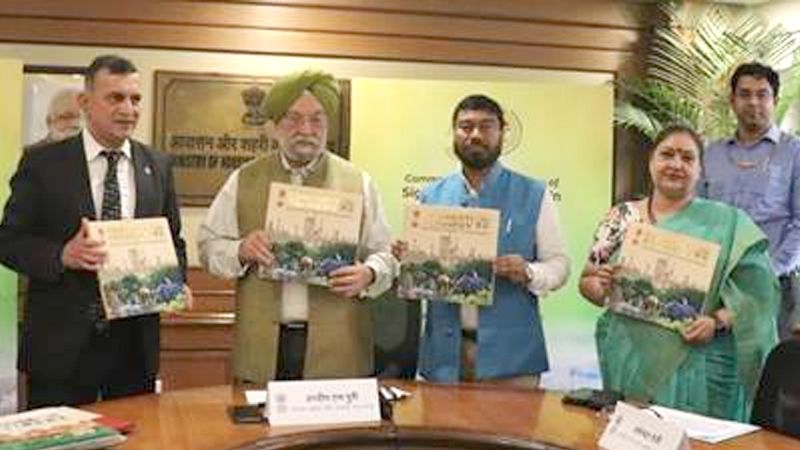 While releasing the stamp, Shri Puri lauded the efforts of oil sector PSUs, especially IndianOil. “IndianOil is spearheading many environmental & social initiatives, along with expanding its business horizons in the field of green energy fuels”. “My Stamps released today are a testament of IndianOil’s steadfast commitment to serve the nation”, he added.

“The publications showcase landmark achievements of IndianOil, signifying the zeal of the Corporation towards meeting the fuel demands of the country through continuous technology upgradation”, shared Shri Rameswar Teli during the celebratory function. Shri SM Vaidya said that the IndianOil’s north eastern refineries are playing a crucial role in meeting the energy demands, while adopting latest technology, keeping in tune with evolving times.

Indian Oil’s Guwahati Refinery, the first Public Sector Refinery of the country and Bongaigaon Refinery have been meeting the energy needs of the north-east region of India, and the neighbouring regions. The refining capacity of all the three refineries of IndianOil in the north-east region shall be increased by 2030 under the Government of India’s North-East Vision. Playing an active role in bolstering the economy of north-east of India, these refineries are supporting the local communities through development projects with inclusive growth as the guiding light.