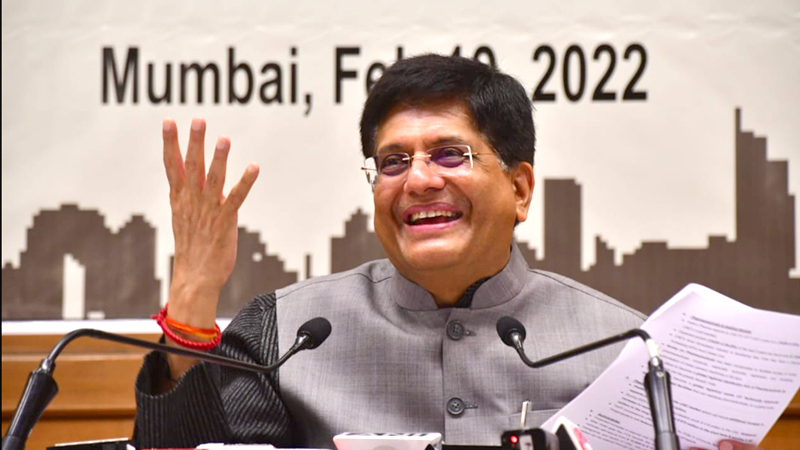 Union Commerce and Industry Minister Shri Piyush Goyal has termed the India-UAE Comprehensive Economic Partnership Agreement, signed Friday as a landmark pact, that will open up new markets for Indian goods and services.

Addressing a press conference in Mumbai, the day after the signing of the agreement, Shri Piyush Goyal said “India -UAE Comprehensive Economic Partnership Agreement (CEPA) will be extremely beneficial for MSMEs, Start-ups, farmers, traders and all sections of businesses.”

Speaking about the sectoral gains, he said the labour intensive industries like Textiles, Gems and Jewellery, Leather goods and footwear and food processing industry would be prominent among those to benefit the most.

Shri Goyal asserted that the CEPA is a balanced, fair, comprehensive & equitable partnership agreement, which will give enhanced market access for India in both goods and services.   “It will create jobs for our youth, open new markets for our startups, make our businesses more competitive & boost our economy” he added.

The Minister informed that sector-wise consultations have shown that the pact will create a minimum of 10 lakh jobs for Indian citizens.

Shri Goyal further informed that the CEPA which was finalized and singed in a record time of just 88 days, would come into force in less than 90 days, by early May. He told the media that “around 90% of products exported from India to UAE will attract zero duty with implementation of the Agreement. 80% lines of trade will attract zero duty, remaining 20% does not affect our exports much, so this is a win-win agreement.”

For the first time in a Trade agreement, the CEPA provides for automatic registration and marketing authorisation of Indian generic medicines in 90 days, once they are approved in any of the developed countries. This will give big market access to Indian medicines.

Indian jewellery exporters will get duty-free access to the UAE, which currently imposes a 5% customs duty on such products. This will substantially raise its jewellery exports, since Indian designed jewelleries enjoy a great market reputation. The Gems and Jewellery sector expects to increase its exports to US$ 10 billion by 2023.

The CEPA will not only improve competitiveness of Indian products, but also provide strategic advantages to India. “Since UAE functions as a trading hub, the Agreement will help provide us market entry points to Africa, Middle East and Europe” the Minister added.

Shri Piyush Goyal noted that with the conclusion of the CEPA, India and UAE aim to increase  bilateral goods trade over the next five years to $100 billion. “However, I believe that the potential for trade between the two nations is even bigger, we will surpass the target we have set for ourselves”, he said. UAE is India’s third largest bilateral trading partner.

Agreement with GCC in 2022 itself

Shri Piyush Goyal also informed that the Government looks forward to conclude a similar economic partnership agreement with the Gulf Cooperation Council countries during this year itself.

He said the Secretary-General of the GCC has expressed the desire to fast track the negotiations and added “we are also confident in our negotiating ability, we have conducted negotiations in a rapid manner with UAE, and we are believe that a similar agreement on trade would be concluded with the GCC in this year itself,”

GCC is a union of six countries in the Gulf region, namely, Saudi Arabia, UAE, Qatar, Kuwait, Oman,  and Bahrain with a combined nominal GDP of US$ 1.6 trillion.