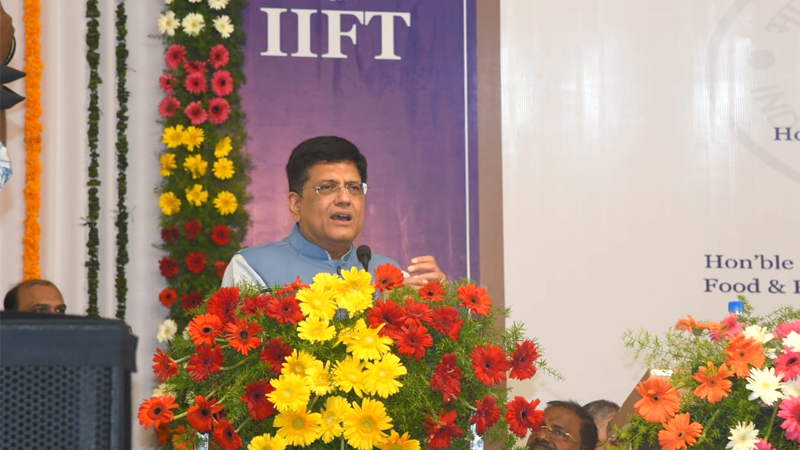 Union Minister Piyush Goyal, on this occasssion said that Union Finance Minister Smt. Nirmala Sitaraman paid special attention and initiative for the establishment of IIFT campus. The establishment of this new campus marks the beginning of a new chapter.

He further said that an expert management of human resources is necessary for Indian commerce to gain more international recognition in the future. These human resources will be made available through IIFT’s.

With political stability, high competitiveness, collective efforts and developing economic system, India will become an economic force in the world to rekonwith.

He also said that at present, the Indian economy is worth of 3.5 trillion US dollars. A developing country can be taken to the level of a developed country with integrated economic growth and collective efforts. With continuous efforts Indian economy will reach tenfold in the next 25 years, by 2047, when we mark the 100th year of independence. The development can be achieved by making available expert human resources to the maximum extent. He mentioned that the actions and special allocation of budgets by the central government under the Atman Nirbhar Bharat makes country’s economic system much stronger and enriched. , He also said that Andhra Pradesh is growing a lot in the fields of agriculture, fisheries etc, and the state of Andhrapradesh also have various special economic zones.

The minister has called for the promotion of local products, artisans, skilled weavers etc, as it is important to support them in every way.