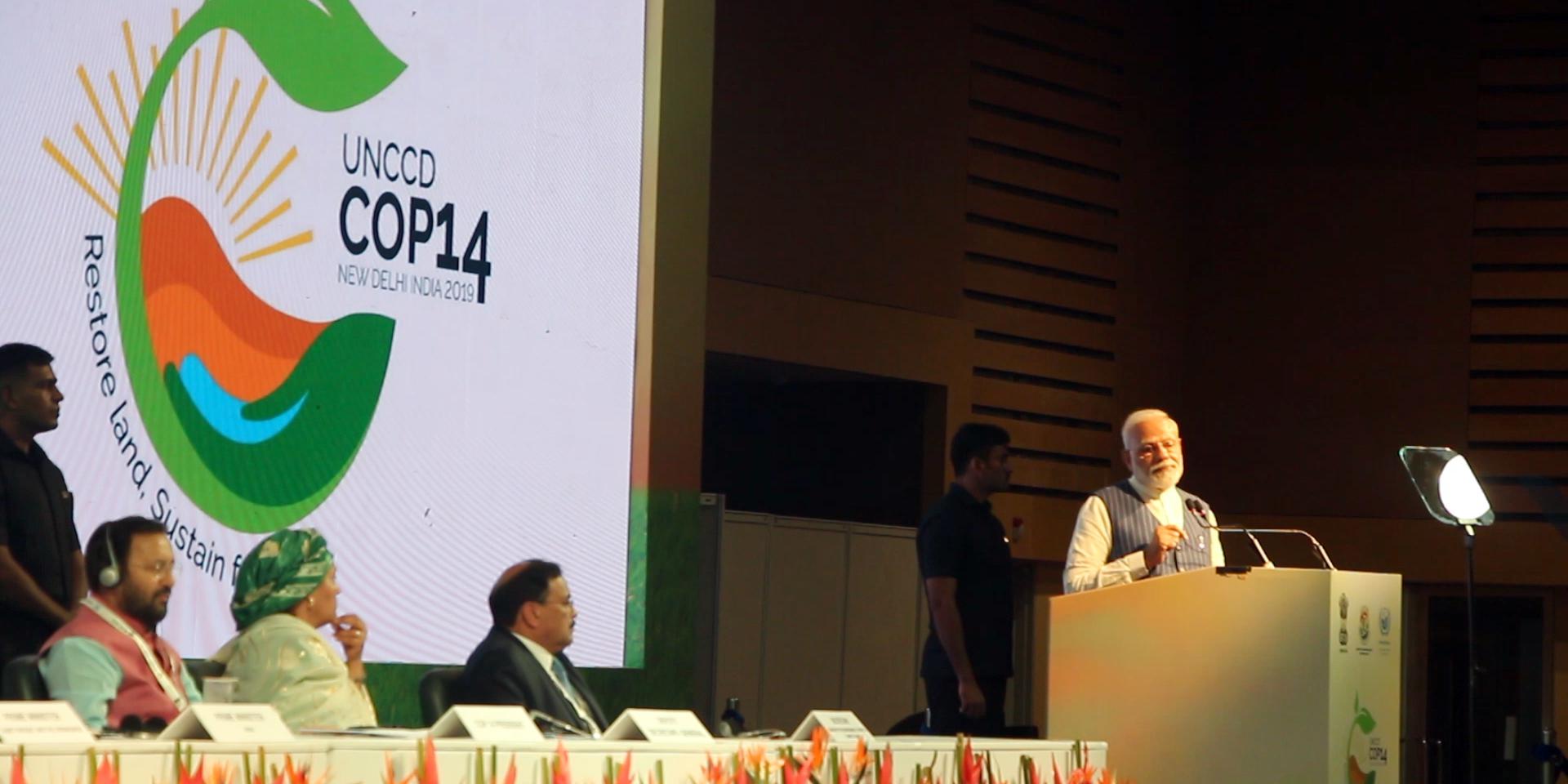 The Prime Minister while speaking at the 14th Conference of Parties (COP 14) of the UN Convention to Combat Desertification (UNCCD) at Greater Noida in Uttar Pradesh called upon the leadership of UNCCD to conceive a global water action agenda which is central to the Land Degradation Neutrality strategy.

The Prime Minister said that time has come for the world to say goodbye to single-use plastic. He added, apart from having adverse health implications, plastic renders lands unfit for agriculture. He affirmed India’s commitment towards the development of environment-friendly substitutes of plastic.

Shri Modi said, India will raise the target of restoring the land with degraded status from 21 million hectares to 26 million by 2030.

The Prime Minister said, the country has increased its tree and forest cover by 0.8 million hectares between 2015 to 2017.