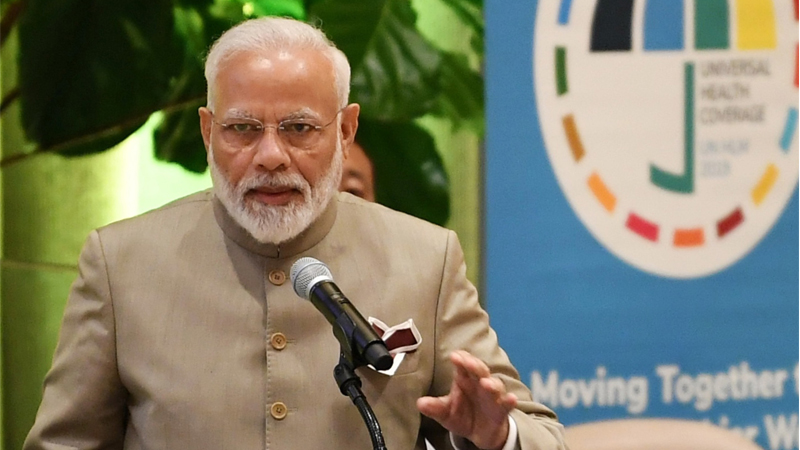 Prime Minister spoke at the United  Nations General Assembly High Level Meeting on Health Coverage. The meeting titled, ‘Universal Health Coverage: Moving Together to Build a Healthier World’, brought together heads of state, political and health leaders, policy-makers and universal health coverage champions to advocate the health for all. It is aimed at garnering financial and political commitments from countries and sustain health investments.

Shri Modi highlighted the bold steps taken by India to achieve universal health coverage. He said that health does not simply mean freedom from diseases. He said a healthy life is every person’s right and the onus for this is on government to ensure this.

Shri Modi said, India’s efforts are not limited to its boundaries. India has helped to provide access to affordable health care including by way of tele-medicine to several other countries, especially to African nations.