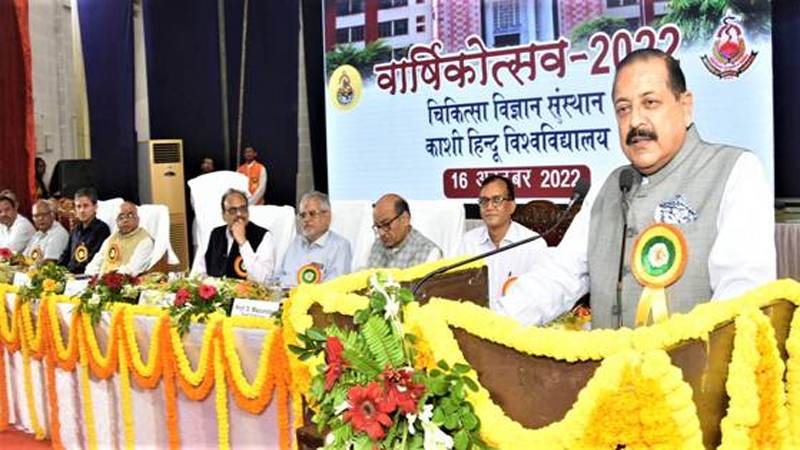 BHU, said the Minister, is today possibly the largest residential educational centre, with so many diverse academic streams within the same campus and at the same time also committed to focus on character building and mentoring. All disciplines including life sciences, Medicine, Engineering, Arts, Social Sciences, technology etc to mention a few, are there.

Presiding over the Annual Day celebrations as chief guest at BHU, Dr Jitendra Singh said, the Institute of Medical Sciences (IMS) in BHU is a unique medical centre in the University in the sense that it has faculty of Ayurveda as well as indigenous medical systems, Dental Science along with Allopathy and other modern or western systems medicine. It is also planning to introduce Yoga and Ayush studies in the same premises.

IMS ranks among India’s top five Medical Institutes, noted Dr Jitendra Singh and said, the Institute in BHU imbibes the spirit of integrated and holistic approach where the students can access all the medical streams in a single campus.

Elaborating further on the integral and unique nature of medical professionals, Dr Jitendra Singh said, India’s medical fraternity is being hailed across the world, particularly after the COVID pandemic. He said, at a time when the medical practitioners across the world were taken by surprise by an unusual catastrophic event in the form of COVID pandemic, it was India’s medical professionals who not only geared up overnight but also commendable reoriented themselves to defeat the challenge in a manner that it has set an example before the rest of the world to follow. Aided by an integrated ecosystem, it was India which not only came out with the first DNA vaccine but also provided it to the rest of the world, he added. 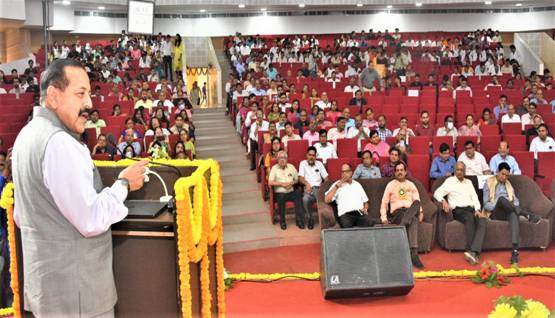 While in the beginning of the pandemic, said Dr Jitendra Singh, the world was apprehensive that a disaster outbreak in a populous country like India would pose threat to other countries as well, it was Prime Minister Narendra Narendra Modi’s focussed approach and day-to-day monitoring which helped India perform better compared to several European countries with less than half of India’s population.

Having himself been a teacher and Professor of Medicine for over quarter of a century, Dr Jitendra Singh said, he is highly appreciative of the young Resident Doctors who faced the entire brunt during the pandemic, more so because during the last two decades, the focus of clinical teaching had shifted to non-communicable diseases like Diabetes, hypertension, heart attacks etc and equal priority was not given to the teaching of communicable diseases. But still, the versatile and varied clinical teaching imparted to our medicos in India enabled them to instantly rise to the occasion, he said.

IMS in BHU has 2600 bedded Sir Sunder Lal hospital catering to the population of Eastern Uttar Pradesh, Bihar, Madhya Pradesh, Chhattisgarh, Jharkhand and adjoining districts of Nepal. With the limited resources, the institution is serving best to patients and training medical graduates and post graduates. IMS BHU ranks in the top 5 medical Colleges in the country.

The Minister congratulated the faculty and students for their distinctive performance who are bagging awards in recognition of their work.