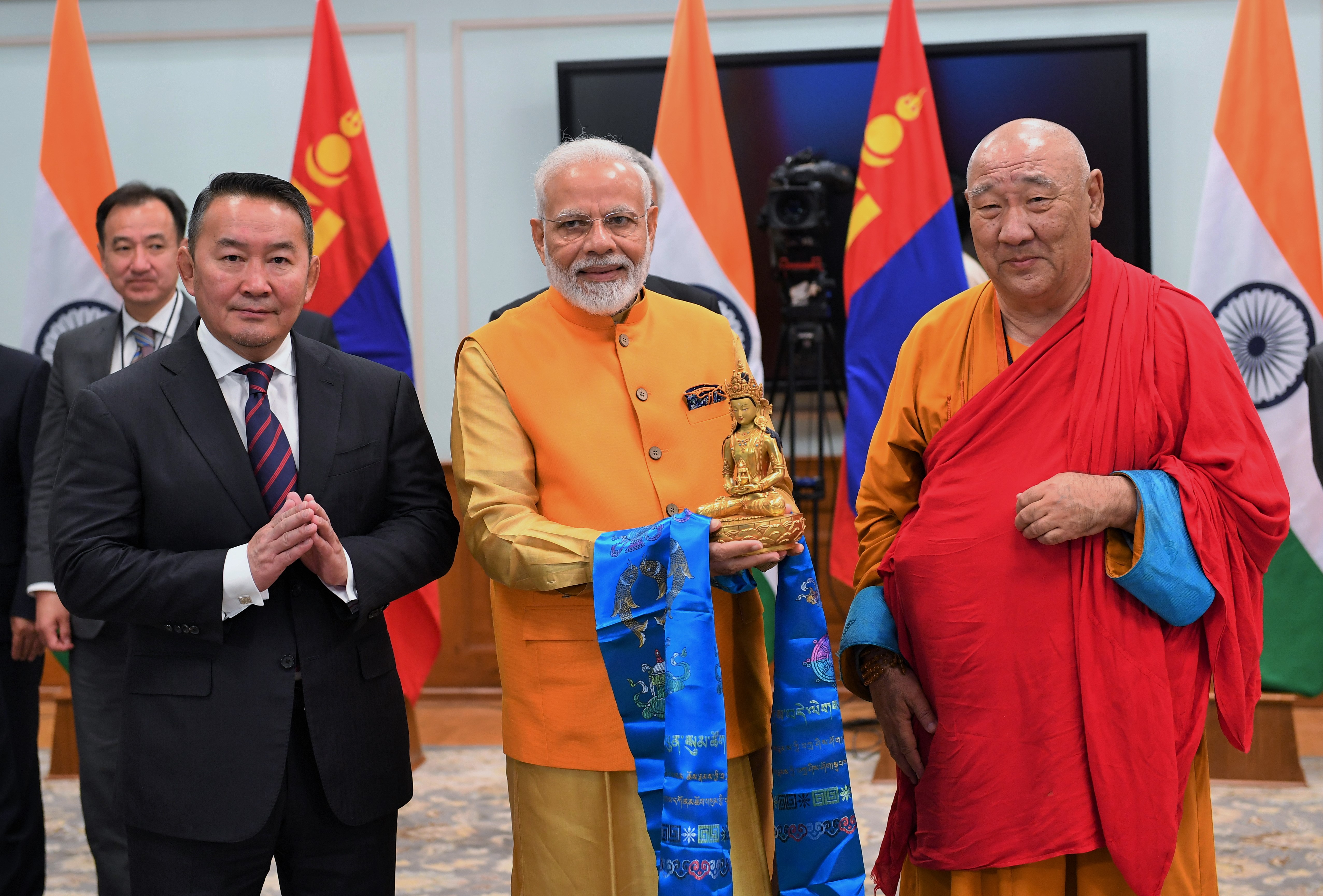 Prime Minister had offered prayers at the Gandan Tegchenling Monastery during his visit to Mongolia in 2015 and had announced to gift a statue of Lord Buddha to the monastery, underlining the common Buddhist heritage and civilizational links between our two countries and peoples.

The Statue depicts Lord Buddha in a sitting posture along with his two disciples conveying the message of compassion along with peace and co-existence. The statue was installed and consecrated at the Gandan Monastery earlier this month during the third edition of SAMVAAD dialogue held in Ulaanbaatar from 6 – 7 September 2019. Third edition of SAMVAAD dialogue brought together Buddhist religious leaders, experts and scholars from different countries to deliberate on contemporary issues related to Buddhism.