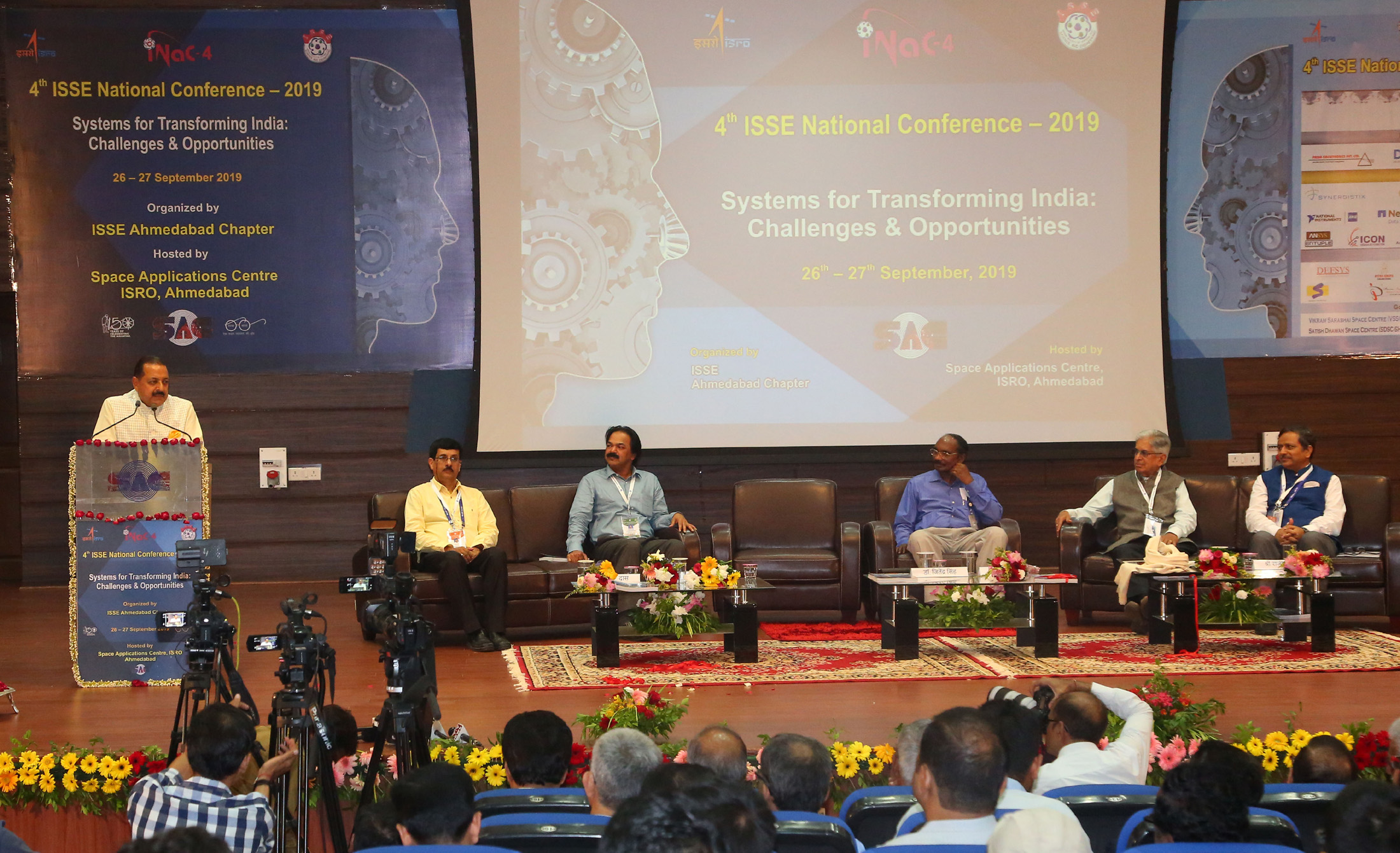 Union Minister of State (I/C) for Development of North Eastern Region, MoS PMO, Personnel, Atomic Energy and Department of Space Dr. Jitendra Singh said that space technology has reached almost every house in five years under the leadership of Prime Minister Shri Narendra Modi. He said, “Our Prime Minister has a naturally scientific nature. He never fails to promote scientists and the example is Chandrayaan Mission. He was present to witness Chandrayaan’s landing.” The Minister was speaking during the inaugural session of National Conference on ‘System for Transforming India: Challenges and Opportunities’ at Space Application Centre, Ahmedabad today.