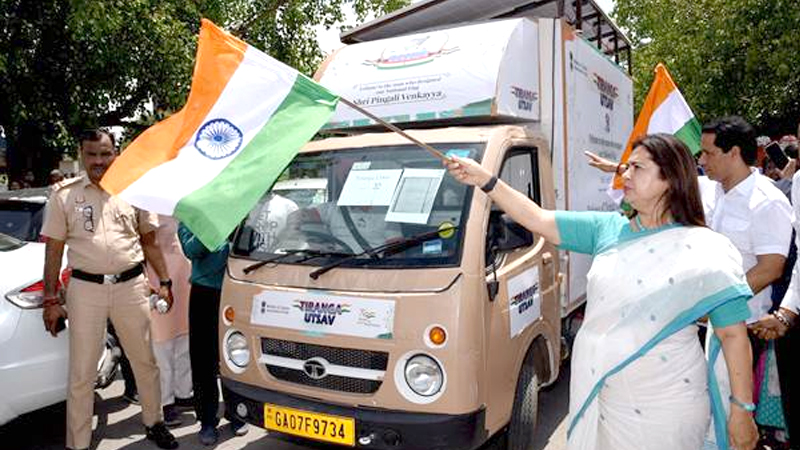 On the occasion,  Smt. Meenaksahi Lekhi motivated the public to take active part in the Har Ghar Tiranga Campaign by hoisting flags at their homes from 13th -15th August.

Union Minister also said,  “Har Ghar Tiranga Campaign was launched by the Prime Minister Narendra Modiji and we have flagged off Video Vans to make people aware about the campaign.”  Smt Meenakashi Lekhi urged the people to take part in the campaign enthusiastically to pay  respect to our freedom fighters, to strengthen the feeling of patriotism and to ensure Jan Bhagidari in the Azadi ka Amrit Mahotsav which marks 75 years of India’s Independence. 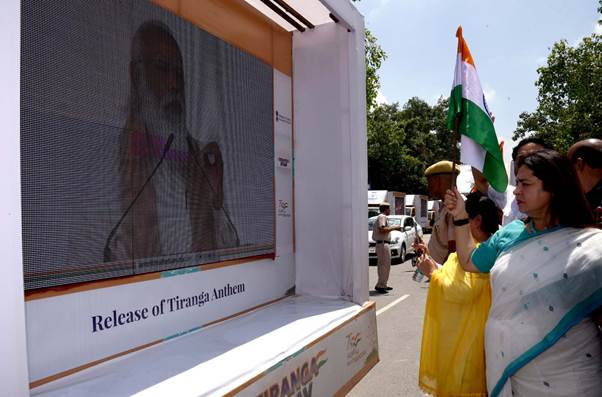 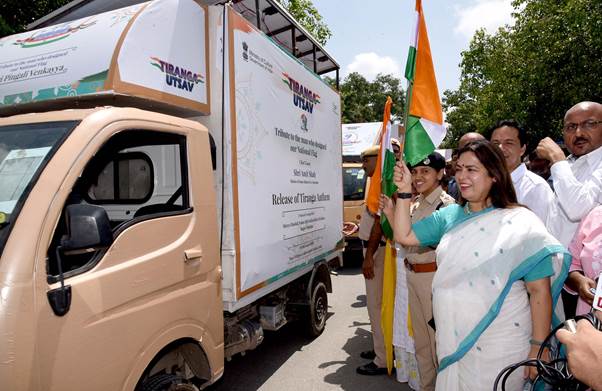 The Union Minister also added “Whatever we do, the inspiration is always Tiranga and we live with it and can die for it.”

The vans will travel all across Delhi providing information about Har Ghar Tiranga Campaign and Amrit Mahotsav. The vans will also display information pertaining to the Tiranga Utsav  to be organised at Indira Gandhi Stadium, New Delhi on 2nd August.