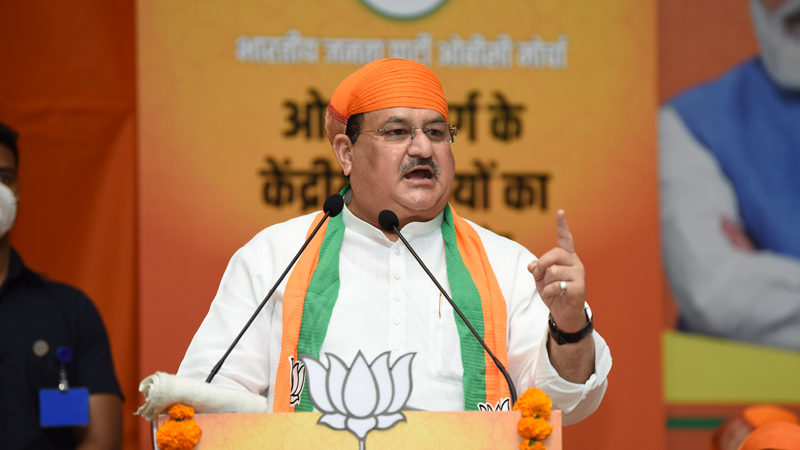 BJP National President Shri Jagat Prakash Nadda, while addressing the felicitation function organized by BJP OBC Morcha in the honor of 27 new Union Ministers coming from OBC community at Dr. Ambedkar International Center in New Delhi on August 11 said that inclusion of 27 ministers from the OBC community in the cabinet and giving constitutional status to the OBC commission shows the commitment of the Prime Minister Shri Narendra Modi government for the upliftment of the OBC society.

While addressing the program, the Hon’ble National President said that 27 OBC ministers included in the expansion of the Union Cabinet, it is not a small thing. Today, 35 percent of the ministers in the Union Cabinet are from the OBC category. Efforts have been made to give representation to all castes in the new cabinet. Efforts have also been made to connect all the states, all the regions. Prime Minister Shri Narendra Modi discussed for hours with the organization for the expansion of the cabinet, then this bouquet of India is being conceptualized.