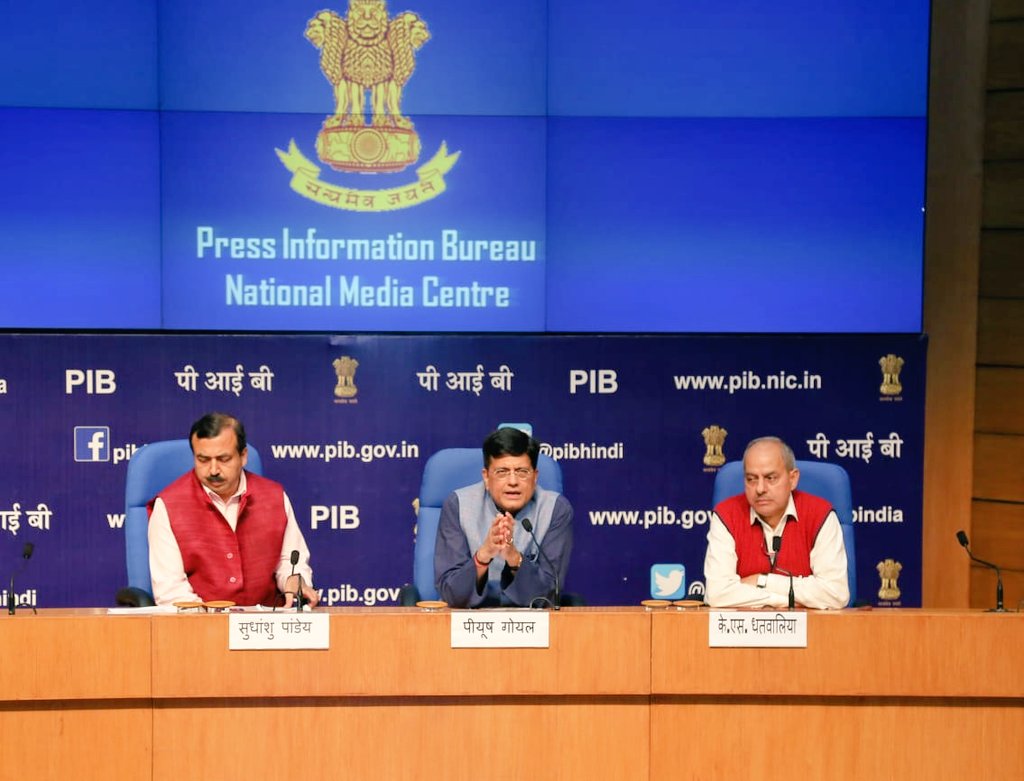 Commerce Minister Shri Piyush Goyal has said that the Free Trade Agreements, FTAs with Japan, South Korea and ASEAN countries are being reviewed. Shri Goyal said, India is also exploring trade agreements with the USA and European Union, where Indian industry and services will be competitive and benefit from access to large developed markets.

Addressing media in New Delhi, the Commerce Minister said, India decided not to be part of the Regional Comprehensive Economic Partnership, RCEP agreement in national interest. He said, Prime Minister Shri Narendra Modi has taken this historic step in the interest of the farmers and medium and small scale industries. Shri Goyal said, India strongly put forth its key demands before the member countries and made it clear that it will not compromise with its national interest.

The Minister said, a balanced trade deficit, better market access of the Indian goods and services and protection of the industries from the unfair trade practices were the key demands of India.