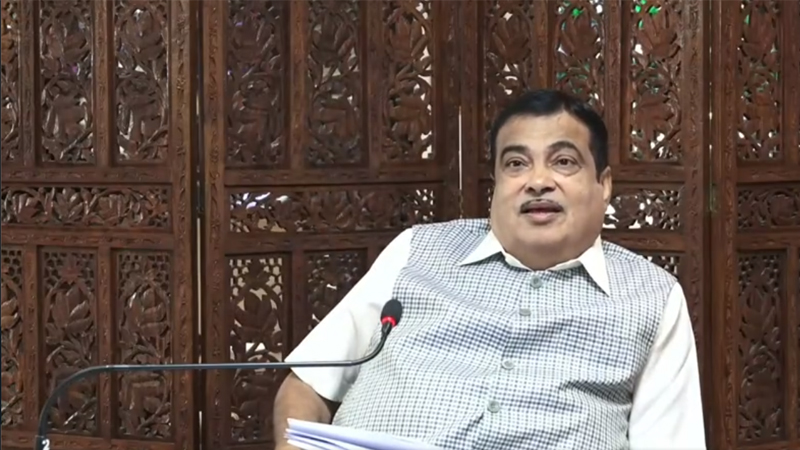 Union Minister for Road Transport & Highways and Micro, Small and Medium Enterprises, Shri Nitin Gadkari has stressed that the country needs development but there is a need to maintain ecology and environment, as well. Addressing Virtual National Roads & Highways Summit with “Focus on Green Infrastructure” today, the Minister talked about the key features of green highways, and said that these highways work towards goals of reduction in greenhouse gas emission, carbon footprint, and the use of non-renewable energy sources.

Listing notable initiatives of the Ministry of Road Transport and Highways which are environment friendly, the Minister said that steps have been taken to ensure conservation of water, like rain water harvesting, and artificial ground water recharge system along the National Highways. Also, use of solar power is being made mandatory for all toll plazas. The Ministry has taken a decision to add 10% plastic or rubber in the modified bitumen for road and bridge construction work, which is very important from environment point of view. The Minister said that Ministry is also planning to use coir and jute carpet in road construction.

Shri Gadkari said that a Green Highway Mission has been constituted in NHAI, where plantation has been carried out along the highways. The Minister said that there is a need to adopt the transplantation technology to save the existing trees. He said that the Ministry plans to have 1000 contractors for transplantation so that there is no need to cut even a single tree. He said that the Ministry has also issued direction to all implementing agencies to avoid sanctuaries, national parks, at the planning stage and take a detour, wherever possible.

Shri Gadkari that the Government is developing 22 Greenfield corridors, including five Express highways and 17 Access Control Highways. He said that in terms of road connectivity, significant work is being done under Golden Quadrilateral Project, NHDP program, Bharatmala, PMGSY, SetuBharatam, and Sagarmala Project. He specifically mentioned Delhi-Meerut Expressway, which will reduce travel time between the two cities to just 45 minutes in next two months, from present time of around four hours. The Minister also said that travel time between Delhi and Dehradun will also be reduced to just two hours from present 6-7 hours. He also spoke about completing the process of Char Dham Yojana, the all- season road in Badrinath, Kedarnath, Gangotri and Yamunotri, which will also increase tourism in Uttarakhand.

The Minister said that the Ministryis looking at  ways to reduce use of cement and steel in road and bridge construction and new technology is being adopted by which one can avoid use of steel and cement.

The Minister said that waste to wealth and waste to energy is one of the important sustainable solutions to tackle environmental issues. He said that the Government is working on priority for public transportation system on electricity. The Minister mentioned the milestone of construction of 12,205 kilometres of National Highways from April, 2020 till date, at a rate of 34 kilometres per day.