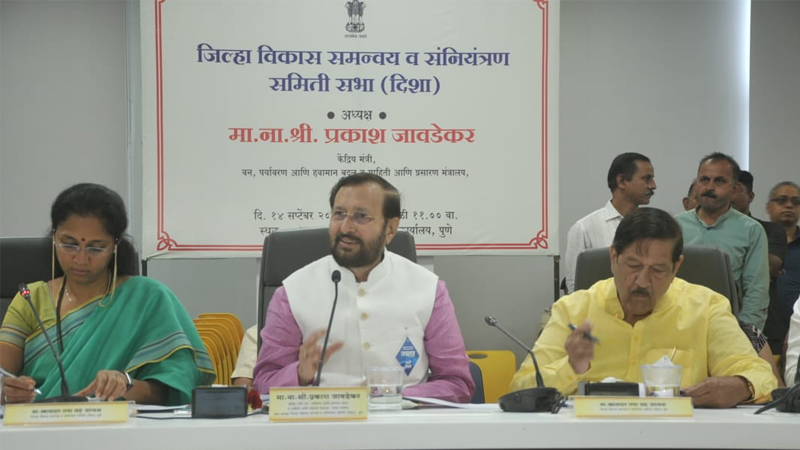 The Minister said, “Meetings of Disha are held to plan for the schemes, and monitor their execution. Mudra scheme is making rapid progress in the district and 9 lakh youths from district have been allotted loans worth Rs 8000 crore under it. Out of 58 railways stations in Pune division, 46 have been equipped with wifi facility. 5 Escalators too have been installed.”