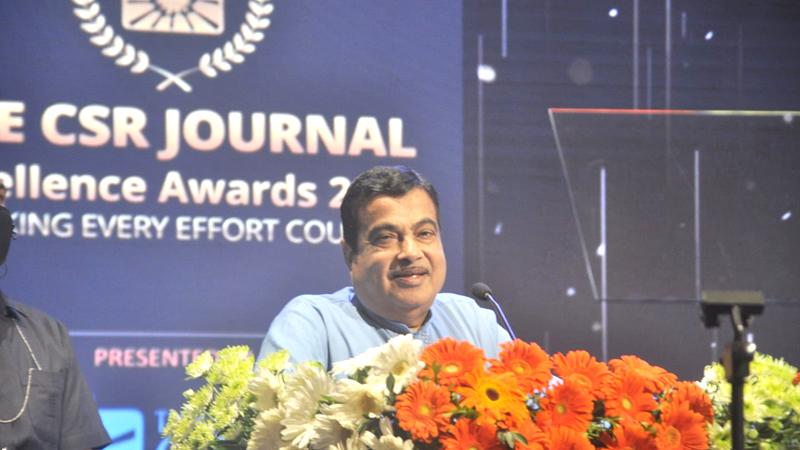 Union Minister for Road Transport and Highways Shri Nitin Gadkari has underlined the important role of Corporate Social Responsibility and social entrepreneurship in bringing about socioeconomic transformation in the disadvantaged sections of society. He cited the need for social entrepreneurship with social consciousness, social responsibility and social awareness, employing technology in productive manner.

The Minister said that there is a need to use technology in the social sector to enable people to stand up on their own feet. He said this, while addressing the fourth edition of The CSR Journal Excellence Awards, held at the Yashwantrao Chavan Centre in Mumbai, today, March 20, 2022.

Governor of Maharashtra, Shri Bhagat Singh Koshyari and Union Minister Shri Nitin Gadkari were the chief dignitaries for the event.

Addressing the audience, the Governor of Maharashtra, Shri Bhagat Singh Koshyari said that citizens’ social responsibility is another important part which must accompany Corporate Social Responsibility. The Governor applauded the role of corporate sector in helping construct toilets in every household, under the Government’s Swachh Bharat Mission.

Union Minister Shri Nitin Gadkari said that while Corporate Social Responsibility is helping bring about a significant socio-economic transformation in the disadvantaged sections of society, we should do that kind of work whereby people who receive our help once would not need to take such help from anyone in future for their entire life.

The Minister reminded the audience that there are 115 aspirational districts in the country, which are socially, economically and educationally backward. He said that people and organizations contributing to the betterment of people in these districts should be given special encouragement by the CSR sector.

The Minister recalled when around 8 years back, he told Nagpur Mayor that they will sell sewage water, everyone was sceptical. He informed that, the district now earns Rs. 315 crore rupees per year by selling purified sewage water to power projects of the state.

The Minister cited another example, whereby hair is being purchased from Tirupati using which amino acid based micronutrients are being produced, which are proving to be very beneficial for plants. “There are so many opportunities where technology can be used in order to benefit society” he added. The Minister stressed  that CSR funds need to be used by employing technology, innovation, research and experiences to bring in economic viability and serve people. 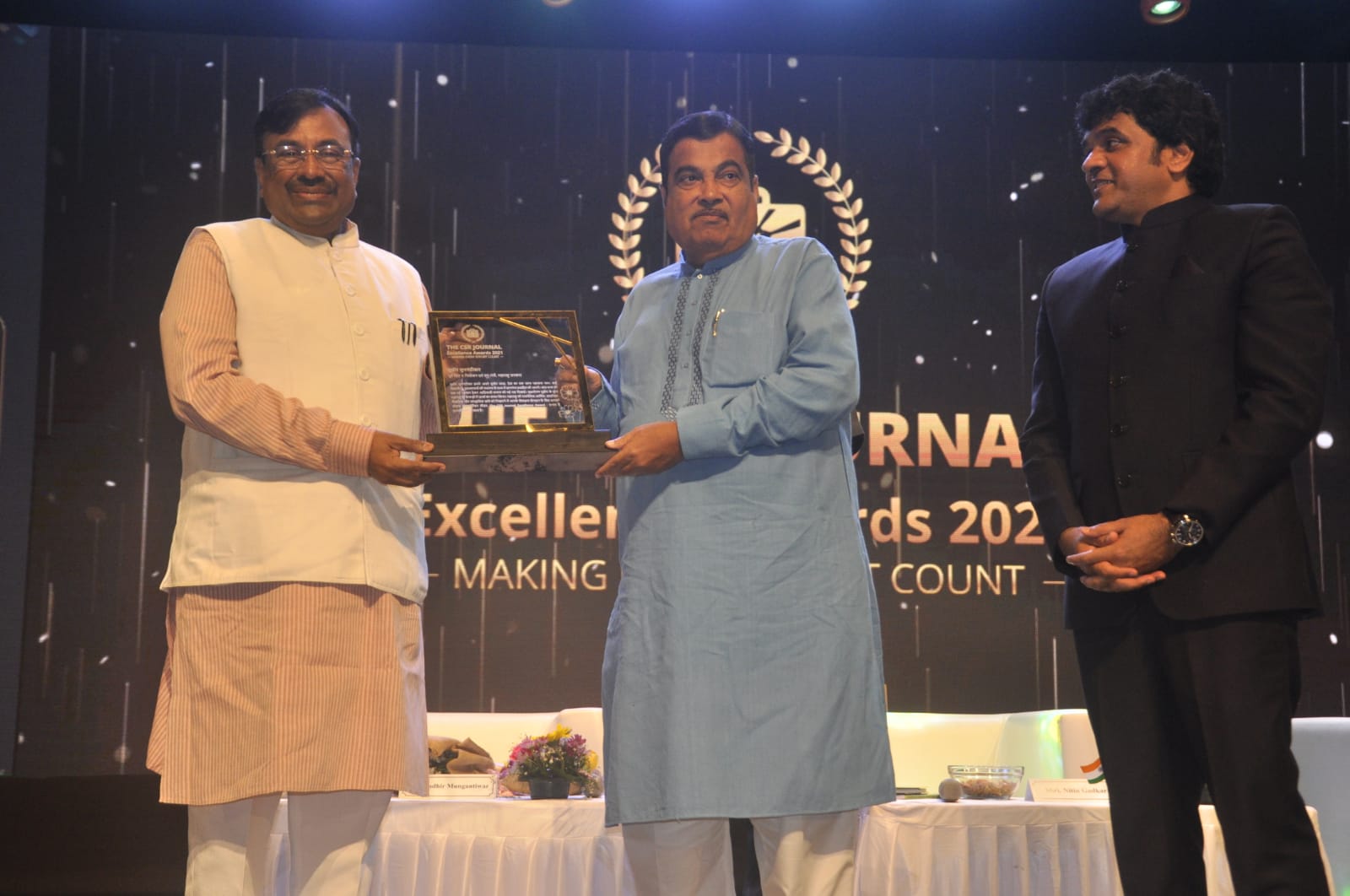 On the occasion, Social Transformation Leader Award was given to Shri Sudhir Mungantiwar, former Minister of Finance, Planning and Forests, Government of Maharashtra & current Member of the Legislative Assembly, Maharashtra who was also Special Guest for the event. 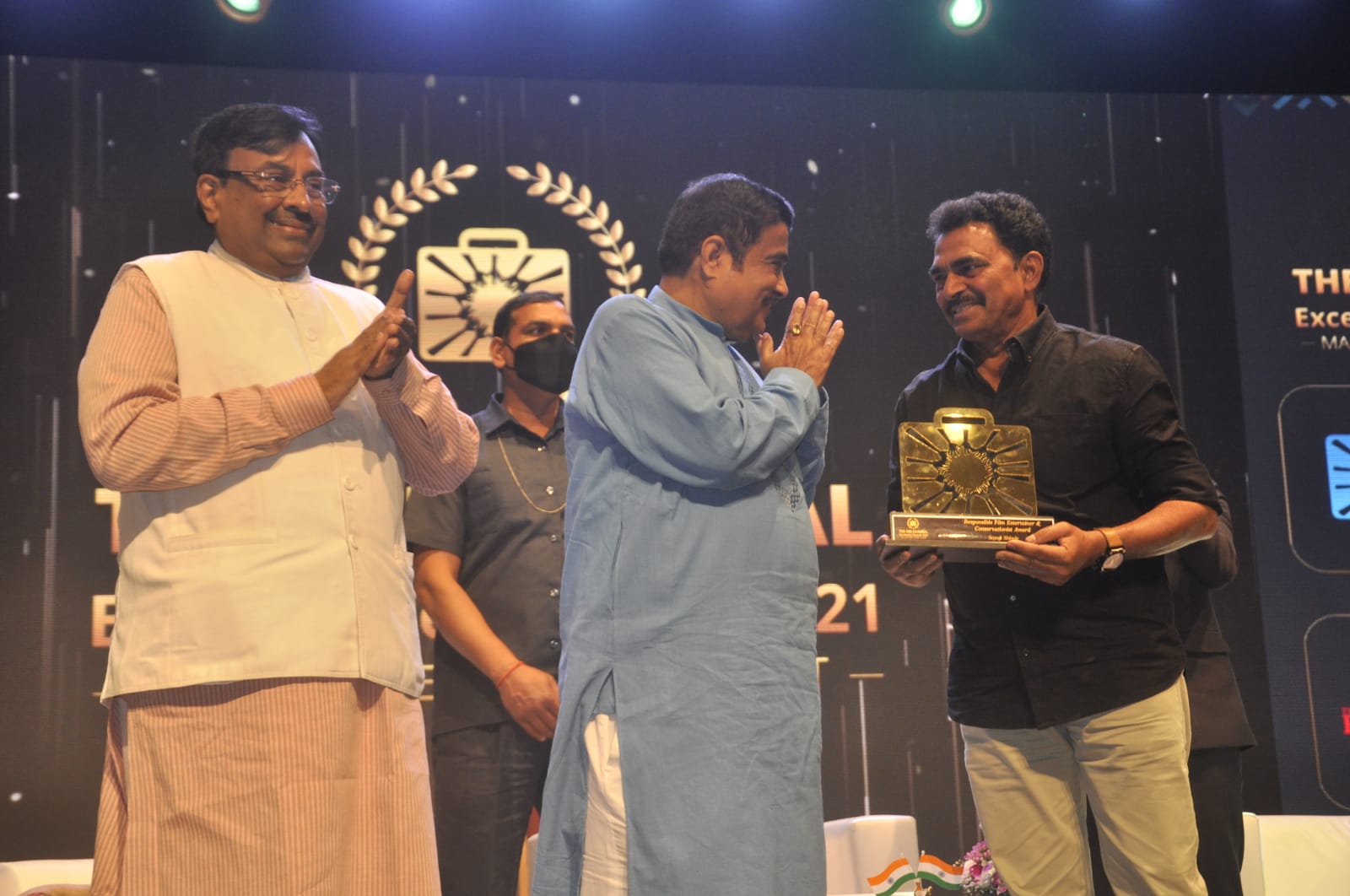 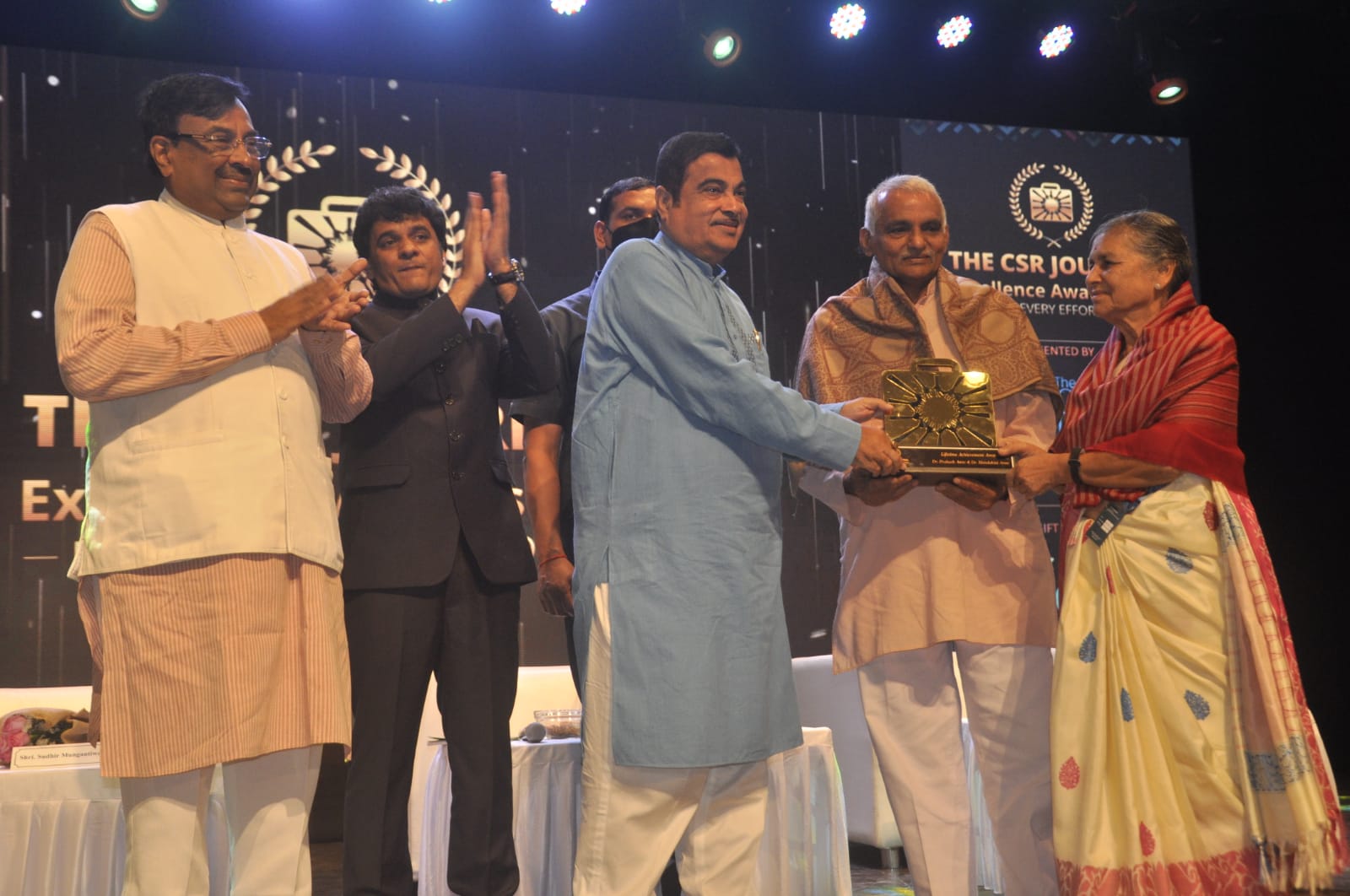