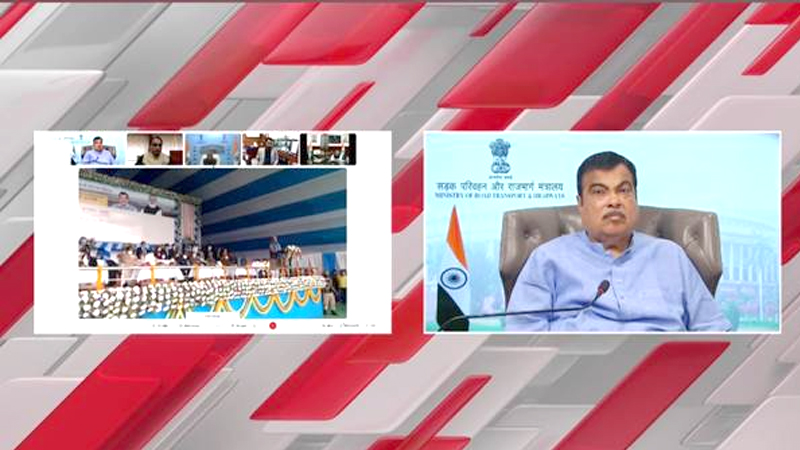 Union Minister for Road Transport and Highways Shri Nitin Gadkari inaugurated 14.5 km long Rail-cum-Road-bridge over Ganga River approach project on NH 333B in Munger, Bihar at a cost of Rs.696 crore. In a series of tweets Shri Gadkari said under the leadership of Prime Minister Shri Narendra Modi and Chief Minister Shri Nitish Kumar  we are committed to empower every city, every village of Bihar with better connectivity.

The Minister said one of the major tourist and pilgrimage sites of Bihar, the city of Munger is known for its rich ancient history, culture, education and commerce. He said with the construction of this bridge, the distance from Munger to Khagaria will be less than 100 km and the distance from Munger to Begusarai will be less than 20 km.  He said  there will be a saving of three hours in traveling from Munger to Khagaria – Saharsa and 45 minutes in traveling from Munger to Begusarai – Samastipur. Th Minister said this rail-cum-road-bridge will get rid of traffic jams, Fuel will be saved and traffic will accelerate.
Shri Gadkari said there will be an increase in tourism, agriculture and industry, which will increase employment. He said this project will bring progress and prosperity in the entire region, which will prove to be a milestone in the progress of the state of Bihar and the country.