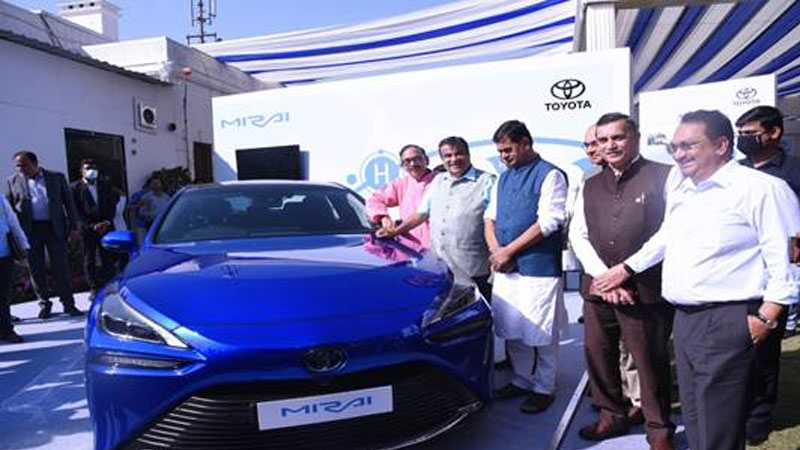 Toyota Kirloskar Motor Pvt Ltd and International Center for Automotive Technology (ICAT) are conducting a Pilot Project to study and evaluate the world’s most advanced Fuel Cell Electric Vehicle (FCEV) Toyota Mirai which runs on hydrogen, on Indian roads and climatic conditions. This is a first of its kind project in India which aims to create a Green Hydrogen based ecosystem in the country by creating awareness about the unique utility of Green Hydrogen and FCEV technology.

It is an important initiative which will promote clean energy and environmental protection by reducing dependence on fossil fuels and  thereby make India ‘Energy Self-reliant’ by 2047,

Fuel Cell Electric Vehicle (FCEV), powered by Hydrogen is one of the best Zero Emission solutions. It is completely environment friendly with no tailpipe emissions other than water.

Green Hydrogen can be generated from renewable energy and abundantly available biomass. Introduction and adoption of technology to tap into the Green hydrogen’s potential  will play a key role in securing a clean and affordable energy future for India.