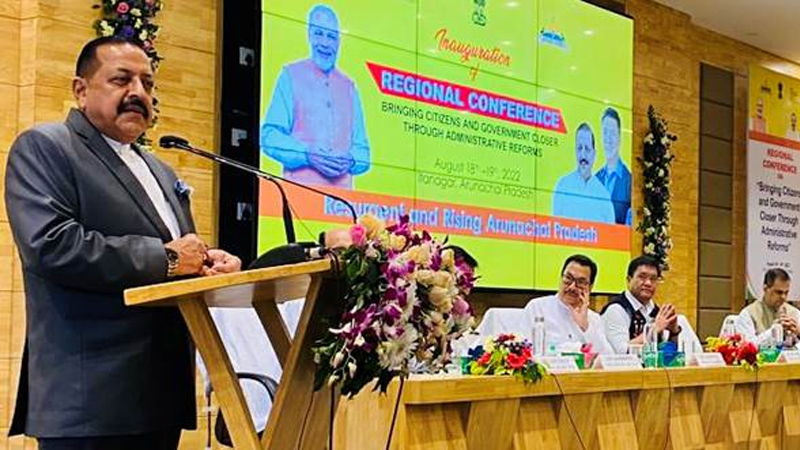 As a result, the Minister said, now the projects in Northeast are getting completed within a fixed timeline and the utilisation of Central funds is almost 100 percent. Every State is connected to the union capital by railway and each of the eight States is coming up with its airport whereas Guwahati has turned into an important international airport.

Inaugurating the two-day Regional Conference on the theme “Bringing Citizens and Government Closer through Administrative Reforms” here along with Arunachal Pradesh Chief Minister Pema Khandu, Dr Jitendra Singh said, prior to 2014, the North Eastern Region suffered economically due to myopic policies of the successive central governments, but soon after the Modi government took over in 2014, the Prime Minister had stated that every effort would be made to bring the region at par with the more developed areas of the country. He said, in the last eight years, not only developmental gaps were bridged successfully, but the north-eastern region has also gained psychological confidence. The Minister added that the significant development in terms of road, rail and air connectivity is helping facilitate the movement of goods and persons not only across the region but also across the country. Dr Jitendra Singh said that it is only after Narendra Modi took over as Prime Minister that such conferences are held in the farthest North Eastern States like Arunachal Pradesh as well as other hilly and backward areas to empower them in every walk of life. He said, the Itanagar Conference being organised by the Department of Administrative Reforms and Public Grievances comes after the National Conference on e-Governance held in Meghalaya in August, 2019, when ‘Shillong Declaration’ on e-Governance was adopted to share best practices, latest technology developments and leveraging them for achieving effective governance and public service delivery.

Dr Jitendra Singh said, Prime Minister Modi is working to make Arunachal a major gateway to East Asia. Modern infrastructure is set up, seeing Arunachal’s role regarding national security. Nature has endowed Arunachal with a lot of its treasures and the Centre is also trying to take the tourism potential of Arunachal to the whole world. 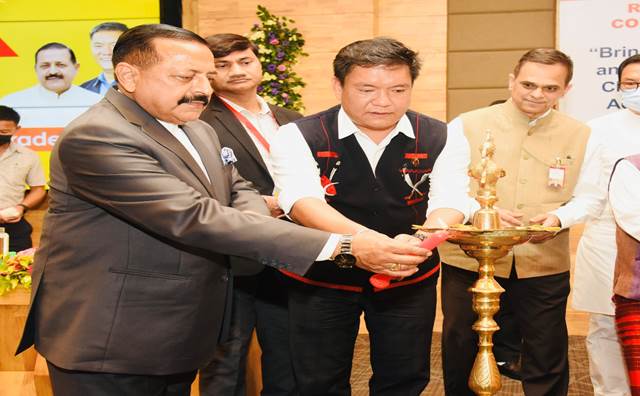 Coming back to Administrative Reforms, Dr Jitendra Singh said, India believes that 21st century Public Grievance redressal would be based on single window agencies which will help citizens use information for seeking better services. He added that many methods have been contemplated including One Nation One Portal, Multilingual CPGRAMS for enhanced citizen outreach, data analytics to measure the quality of grievance redressal, feedback call centres and provision for citizen transcripts on the CPGRAMS portal etc.

Dr Jitendra Singh concluded that he believes India in 2047 would be governed by our diligent civil servants and would serve the nation with utmost efficiency. It is crucial to inspire and involve the young civil servants with the Vision@2047.