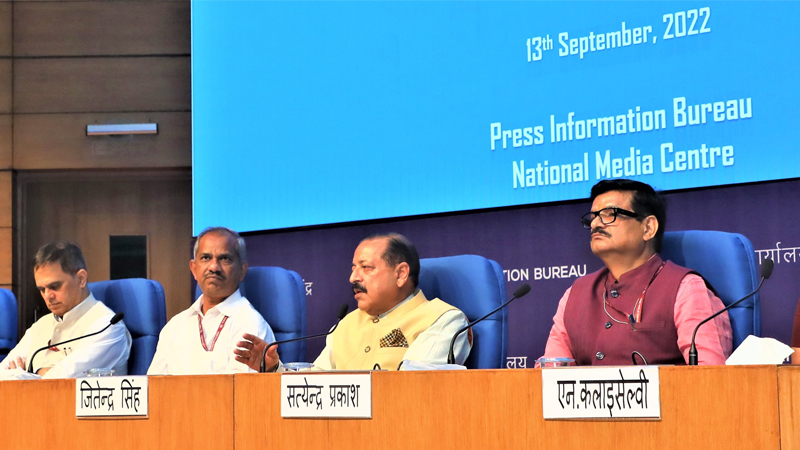 The 75-day long ongoing Coastal Clean Up Campaign is receiving a huge response from across the sections of society and besides others, Governors, Chief Ministers, Union Ministers, celebrities, film and sports personalities, civil society groups etc. are joining the campaign with overwhelming enthusiasm and pledging their support to the longest and largest beach cleaning campaign in the world titled “Swachh Sagar, Surakshit Sagar”, coordinated by Union Ministry of Earth Sciences with collaboration from all the other Union Ministries, departments as well as governments of the coastal States.

The Minister also thanked Prime Minister Narendra Modi for his support through social media. The PM has stressed on keeping India’s coasts clean as he praised efforts of volunteers to remove garbage from the Juhu beach in Mumbai. Responding to a video posted by Union Minister Dr Jitendra Singh about the clean-up at the beach, Modi tweeted, “Commendable… I appreciate all those involved in this effort. India is blessed with a long and beautiful coastline and it is important we focus on keeping our coasts clean”. The Minister said, “A cleanathon was organised at Juhu Beach in Mumbai, saw participation in large numbers especially by youngsters and Civil Society.

Dr Jitendra Singh informed that Union Education Minister Dharmendra Pradhan will take a lead in the clean-up campaign at world famous Puri beach, while Pratap Chandra Sarangi, former union minister will be at Chandipur. BJP MP from Hooghly, West Bengal Ms Locket Chatterjee will be at Digha on D-Day. R.K.Mission head will lead the campaign at Bakkhali in southern Bengal.

Chief Minister of Gujarat Bhupendrabhai Patel will be at Porbandar (Madhavpur), while Union Minister of Fisheries, Animal Husbandry and Dairying Parshottam Khodabhai Rupala will join the clean-up operation at Jafrabad, Amreli.

Similarly, Kerala Governor Arif Mohammad Khan will be at Kochi, while MoS External Affairs V. Muraleedharan will be at Kovalam beach at Thiruvananthapuram.

Governor of Karnataka Thawar Chand Gehlot will join the campaign at Panambur beach in Mangalore, while the Governor of Telangana, Dr. Tamilisai Soundararajan will lend her helping hand at Puducherry beach.

Dr Jitendra Singh informed that the campaign has entered the mode of whole of Government approach plus whole of nation participation.

The MPs of coastal states have also pledged full support to the first-of-its-kind and longest running coastal clean-up campaign in the world and they also advised the Ministry of Earth Sciences to undertake a variety of activities by involving local NGOs.