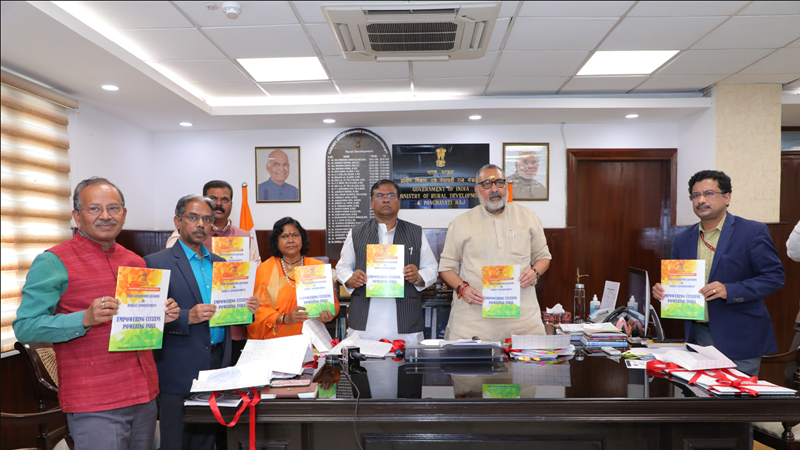 Union Minister for Rural Development and Panchayati Raj Shri Giriraj Singh announced that soon, people in the country will be able to get their land records in their own language. He said that the Department of Land Resources, MoRD will plan to roll out the multilingual software from April 2022. After that, the land records will be available in 22 languages. The Minister was speaking after releasing an e-book on  Land Governance Reforms announced in Budget titled “Empowering Citizens-Powering India.”

Speaking on the NGDRS software developed indigenously, Shri Giriraj Singh said that the NGDRS software costs around 4 crores to the government but the use of this software resulted in increasing land revenue by the State Governments. The Minister said that State NGDRS is being implemented in 13 States which will be benefitted to 22 crore people. Till now, 30.9 lakh documents registered through the system from which revenue of more than 16 thousand crores has been received. 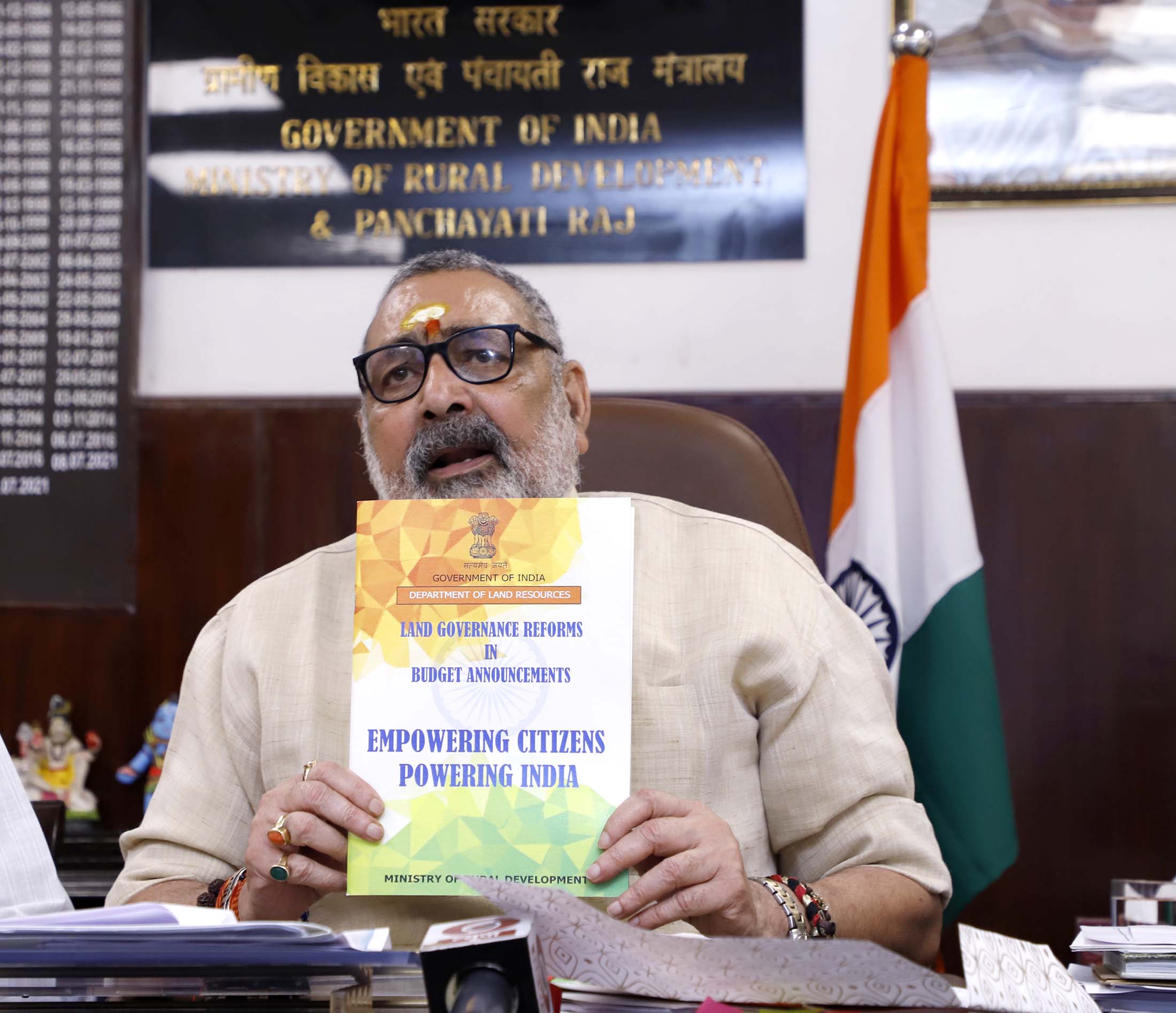 The Minister said that after the rollout of ULPIN (Unique Land Parcel  Identification Number) in the country, No one can take away the rights of the poor. Linking ULPIN with PAN, Aadhar, land records, Courts and banking system, will get rid of corruption and fraud in land matters. So far, ULPIN is rolled out in 14 States. The Minister also requested State Governments to spread awareness about the land reforms amongst people.

The contents of the e-book are related to Unique Land Parcel Identification Number (ULPIN), National Generic Document Registration System (NGDRS) and Multilingual Land Records – to break the linguistic barrier in land records. There has been tangible transparency in land records information and management after the adoption of digital technology by the Department of Land Resources. A Unique Land Identification Number (ULPIN) to each land parcel is being assigned to land Parcels to prevent fraudulent and Benami property transactions. Further Digitization of Land Records will empower citizens and India for Atmanirbhar Bharat- the vision of Prime Minister. Moreover, the updated land records will reduce the time for payment of compensation and provide rehabilitation and resettlement benefit for land acquisition considerably. The Multilingual Land Records will facilitate access of information for the prospective individuals in his regional and mother languages.