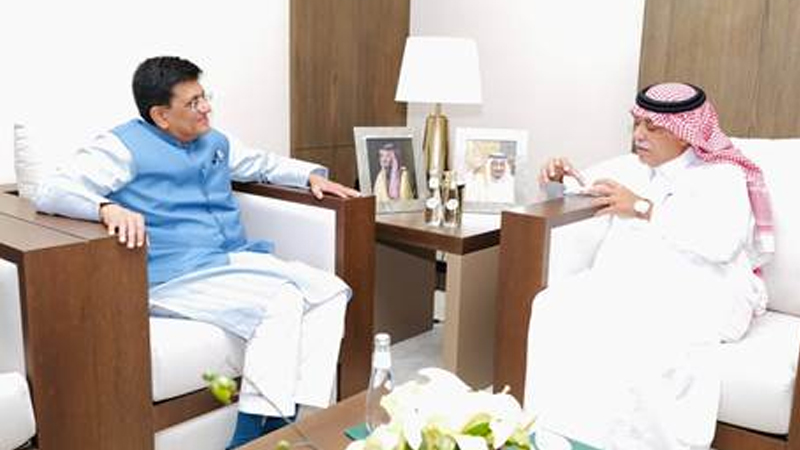 The Strategic Partnership Council was instituted in October, 2019 during the visit of the Prime Minister of India to the Kingdom of Saudi Arabia and has two main pillars i.e. Political, Security, Social and Cultural Committee and the Committee on Economy and Investments.

The notable outcomes of the Ministerial Meeting are:

–     Collaboration in digital fintech sector through operationalization of UPI and Rupay Card in the Kingdom of Saudi Arabia.

Diversification and expansion of trade and commerce, removal of trade barriers, including the outstanding issues related to sanitary and phytosanitary measures and trade remedies, automatic registration and marketing authorization of Indian pharma products in Saudi Arabia, feasibility of institutionalizing Rupee-Riyal trade, introduction of UPI and Rupay cards in Saudi Arabia; were amongst the key points of discussion.

Discussions were held on a wide range of topics such as institutional tie-up of the EXIM banks of the two countries, joint projects in third countries, mutual recognition of standards, establishment of startup and innovation bridge, strengthening collaboration in infrastructure development, particularly in the domains of construction, railways, industrial and manufacturing collaboration in Pharmaceuticals, Automobiles, Petrochemicals, Specialty chemicals, Technical textiles, mining and increasing project exports from India. “Had an enriching interaction with CEOs of companies from different sectors in Saudi Arabia. Delighted to see their enthusiasm towards further strengthening trade & investment linkages between the two countries”, he tweeted about the interaction. 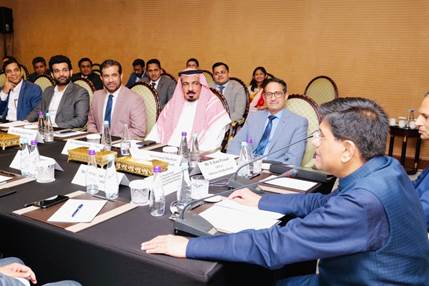 “Discussed how energy security with climate change sensitivity can deliver economic growth & prosperity. Deliberated on stronger partnership in renewable energy between our two countries”, he tweeted about the meeting. 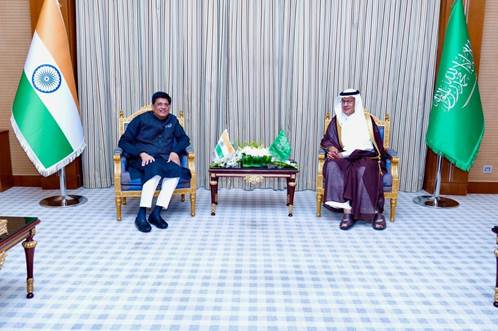 Shri Goyal also inaugurated “The India Week” in Riyadh as part of the ongoing efforts of Embassy of India in Riyadh to celebrate Indian products especially Food products like Millets, Textiles etc. 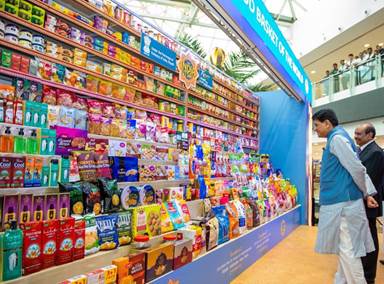 On his visit, the Minister was accompanied by a delegation comprising officials of the ranks of Additional Secretaries and Joint Secretaries from the Ministries of Agriculture, Commerce, Electronics and IT and from NITI Aayog.