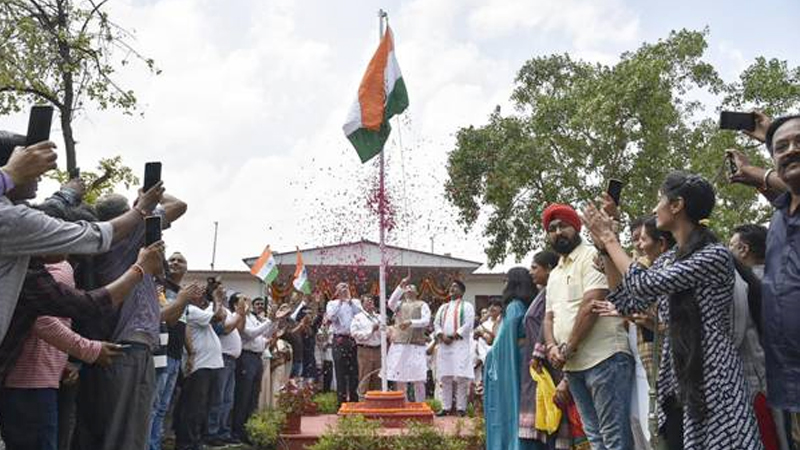 Union Minister for Commerce & Industry, Consumer Affairs, Food & Public Distribution and Textile Shri Piyush Goyal today said as we celebrate Har Ghar Tiranga, a campaign to mark Azadi ka Amrit Mohtsav, let us take a pledge to take the message of Swadeshi and self reliant India forward and give priority to goods made in India.

Shri Goyal hoisted the National Flag at Gandhi Darshan, Rajghat, on the occasion of Har Ghar Tiranga Mahotsav, a campaign to mark Azadi ka Amrit Mohtsav, being celebrated from 13-15 August 2022. He visited Rashtriya Swachhta Kendra and watched a digital exhibition chronicling India’s journey to an open defecation free country, a status achieved by India on 2 October 2019.

During the event, the Minister also administered the Har Ghar Tiranga Pledge to the gathering. He felicitated family members of  freedom fighters by presenting a shawl to them.

Minister Goyal said, today it is a moment of immense pride for us that the whole country is giving the message to the world, of entering the next 25 years of Amrit Kaal by uniting and hoisting the Tricolour at home.

Paying Tributes to Mahatma Gandhi, Shri Goyal said the way Gandhiji was instrumental in involving everyone in the Satyagraha in India’s fight for freedom, similarly Prime Minister Narendra Modi launched a campaign in 2014 to realise Bapu’s dream of Swachh Bharat, a glimpse of it was seen in the Swachhata Museum today, he added.

Shri Goyal said as we are celebrating Azadi ka Amrit Mahotsav, let us take a resolve to take India forward at a faster pace and make this country a developed and prosperous country in the next 25 years, AmritKaal.

He expressed confidence that nothing can stop India from becoming a growth engine of the world economy. 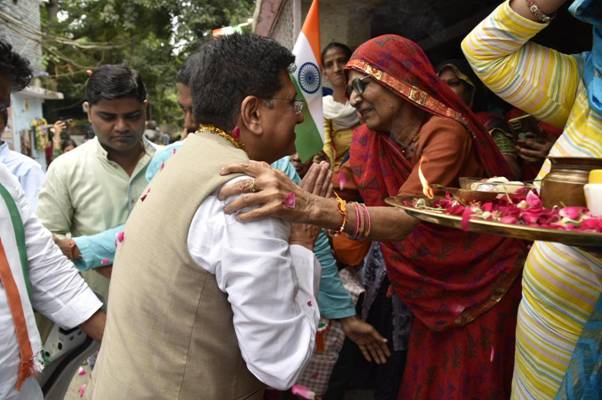 Later in the day, Shri Goyal also visited the Exhibition on Horrors of Partition, set up in Vanijya Bhawan.