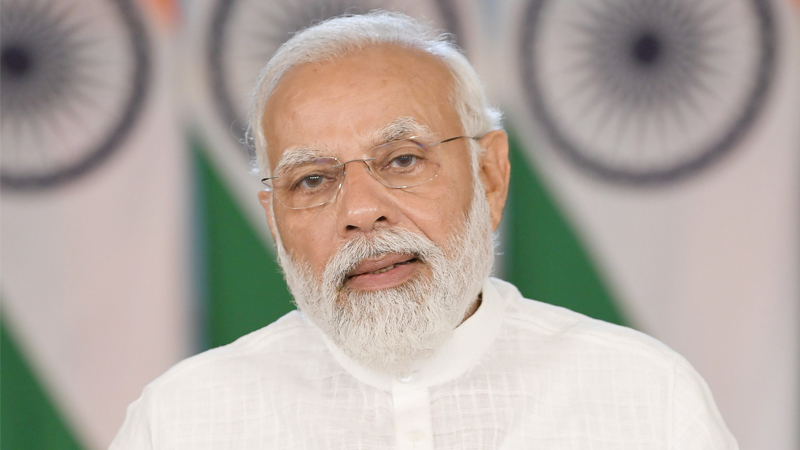 At the outset, the Prime Minister recalled the thousands years old tradition of Indian saints that emphasizes constant movement. He specially noted that the Shwetambar Terapanth has made abdication of lethargy into a spiritual pledge. He complimented Acharya Mahashraman ji for completing 18 thousand kilometre ‘padyatra’ in three countries. The Prime Minister lauded the Acharya for expanding the tradition of ‘Vasudhaiv Kutumbkam’ and propagating the mantra of ‘Ek Bharat Shreshtha Bharat’ as an spiritual pledge. The Prime Minister also recalled his long association with the Shwetambara Terapanth and remembered his earlier statement that “ये तेरा पंथ है, ये मेरा पंथ है’ – This Terapanth is My path.

The Prime Minister underlined the importance of the ‘padyatra’ that was flagged off from the Red Fort in 2014 and noted the coincidence that he himself started his new journey as Prime Minister of India in the same year and embarked on the journey of public service and public welfare. Shri Modi also praised the theme of the padyatra i.e. harmony,morality and deaddiction. He said real self-realization is possible only in the absence of any kind of addiction. Freedom from addition leads to merging of self with the universe and welfare of all is realized.

The Prime Minister said that today amidst Azadi ka Amrit Mahotsav, the country is calling for duty towards society and the nation transcending the self. The country is  moving with the feeling of Saka Saath, Sabka Vikas, Sabka Vishwas and Sabka Prayas, he said. The Prime Minister emphasized that India’s tendency has never been to do everything through government and here government, society and spiritual authority always had an equal role. Country is reflecting this spirit while walking on the path of duty towards achieving its pledges, he added.

In conclusion, the Prime Minister requested the spiritual leaders to continue taking the efforts and pledges of the country forward.