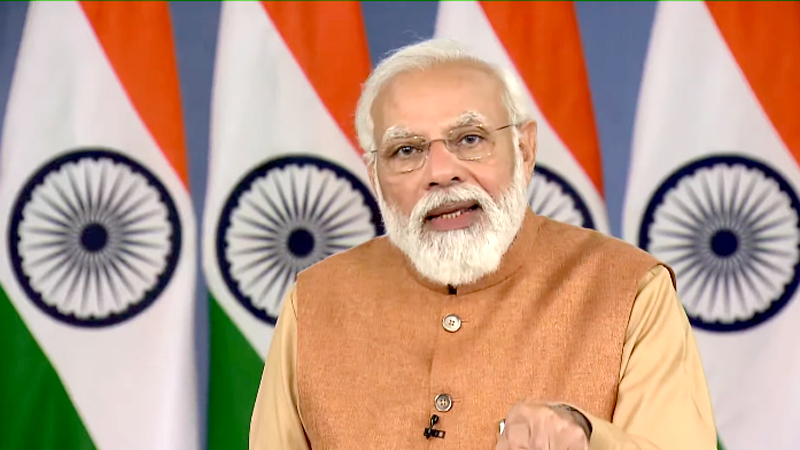 Addressing the farmers, the Prime Minister called for the adaptation of agriculture according to new requirements, new challenges of the journey till the 100th year of independence. The Prime Minister noted that in the last 6-7 years, several steps have been taken, from seed to market to increase the income of the farmers. Measures from soil testing to hundreds of new seeds, from PM Kisan Samman Nidhi to fixing MSP at 1.5 times the cost of production, from irrigation to a strong network of Kisan Rail have taken the sector in that direction. He greeted the farmers from all over the countries who were connected to the event.

The Prime Minister remarked that “we need not only to re-learn this ancient knowledge of agriculture but also to sharpen it for modern times. In this direction, we have to do research afresh, mould ancient knowledge into the modern scientific frame”. The Prime Minister asked to be vigilant about the received wisdom. Citing the prevalent notions of burning crop residue, he said that this happens despite experts having established that by setting fire to the field, the earth loses its fertile capacity. He added that an illusion has also arisen that without chemicals the crop will not be good. Whereas the truth is quite the opposite. Earlier there were no chemicals, but the harvest was good. History of the development of humanity is witness to this, he said. “Along with learning new things, we need to unlearn the wrong practices that have crept into our agriculture”, he said.  Shri Modi said institutes like ICAR, agriculture universities and Krishi Vigyan Kendras can play a big role in this by taking it beyond papers to practical success.

The Prime Minister urged every state, every state government, to come forward to make natural farming a mass movement. In this Amrit Mahotsav, efforts should be made to associate at least one village of every panchayat with natural farming, he insisted.

The Prime Minister recalled that at the Climate Change Summit, he called upon the world to make ‘Lifestyle for Environment’ i.e. LIFE a global mission. India and its farmers are going to lead in this regard in the 21st century. Let’s take a pledge to make Maa Bharati’s land free from chemical fertilizers and pesticides in the Amrit Mahotsav of Independence, the Prime Minister exhorted the people.

The Government of Gujarat organised the National Conclave on Natural Farming. The three-day Summit was  organised from 14th to 16th December 2021. It was attended by over 5000 farmers, apart from farmers connected Live through Central Institutes of ICAR, Krishi Vigyan Kendras and ATMA (Agricultural Technology Management Agency) network in the States.