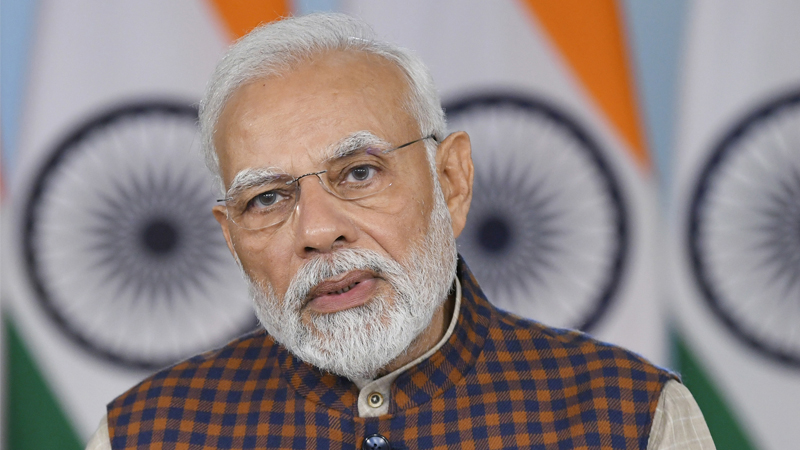 The Prime Minister had launched the concept of Rozgar Mela at the central level on Dhanteras. This was the beginning of the campaign to provide 10 lakh jobs at the central level of government. Since then, the Prime Minister has addressed the Rozgar Melas of Gujarat, J&K and Maharashtra governments, and also launched a Karmayogi Prarambh module for online orientation courses for all new appointees in various Government departments while distributing about 71,000 appointment letters to newly inducted recruits, the day before.

Addressing the gathering, the Prime Minister congratulated the youth who got their appointment letters and remarked that it is an important step by the Goa government in employment generation. The Prime Minister informed that more recruitment drives are going to take place in Goa Police and other departments in the coming months. “This will strengthen the Goa Police force and result in an enhanced security system for citizens and tourists”, he said.

“Employment fairs are being organised continuously in different states of the country for the last few weeks while the Central Government is also providing jobs to thousands of youth”, Shri Modi remarked. The Prime Minister expressed delight at the efforts of the states ruled by the double-engine governments for organising such job fairs at their own level for the empowerment of the youth.

The Prime Minister underlined that in the last 8 years, the Central Government has invested thousands of crores of rupees in the development of Goa. Shedding light on the soon-to-be-inaugurated airport at Mopa which is built at a cost of about Rs 3000 crores, the Prime Minister said that it became a major source of employment for thousands of people from Goa, similar to the connectivity and infrastructure projects that are going on in the state. “The vision of ‘Swayampoorna Goa’ is to improve the basic amenities in the state while also improving the infrastructure”, the Prime Minister remarked. Referring to the Goa Tourism Master Plan and Policy, the Prime Minister informed that the state government has come up with a new blueprint for the development of Goa which has opened up new possibilities for investment in the tourism sector and thereby boosting employment by large numbers. Touching upon the steps being taken to give economic strength to the rural areas of Goa to increase employment in traditional farming, the Prime Minister informed that farmers producing paddy, fruit processing, coconut, jute, and spices are being linked to self-help groups. He underlined that these efforts are creating many new opportunities for employment and self-employment in Goa.