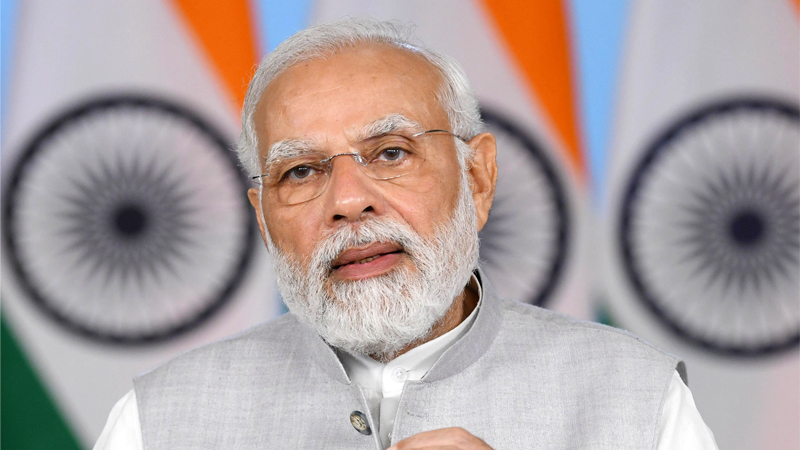 The Prime Minister added that ‘Kalam no Carnival’ is a huge convention of books in Hindi, English and Gujarati languages. Shri Modi mentioned that when he was the Chief Minister of Gujarat, the state had also started the ‘Vanche Gujarat’ campaign, and today, campaigns like the ‘Kalam no Carnival’ are only taking that resolve of Gujarat forward. He further added that both books and texts are the basic elements of our Vidya Upasana. “There is a very old tradition of libraries in Gujarat.” The Prime Minister highlighted the contributions of Vadodara Maharaja Sayajirao Gaikwad ji who established libraries in all the villages of his area, Maharaja Bhagwat Singh Ji of Gondal who gave a huge dictionary called ‘Bhagwat Gomandal’, and the heroic poet Narmad who edited ‘Narm Kosh’. The Prime Minister said, “The history of Gujarat has been very rich in terms of books, authors, literary creation. I would like that such book fairs reach the people in every corner of Gujarat, especially the youth so that they get to know about the rich history and get inspired.

The Prime Minister drew everyone’s attention that the book fair is taking place during the Azadi Ka Amrit Mahotsav. He further added that reviving the history of our freedom struggle is one of the key facets of Amrit Mahotsav. “We are bringing the glory of the forgotten chapters of the freedom struggle before the country. Events like ‘Kalam no Carnival’ can give impetus to this campaign in the country”, the Prime Minister said. He stressed that special importance should be given to books related to the freedom struggle and such writers should be provided with a strong platform. The Prime Minister added, “I am sure this event will prove to be a positive medium in this direction.”

The Prime Minister reiterated that one should study the scriptures, texts and books, again and again for them to remain effective and useful. He further elaborated that it is even more important in today’s day and age where people tend to take the help of the internet. “Technology is undoubtedly an important source of information for us, but it is not the way to replace books, the study of books.” The Prime Minister said that when information is in our mind, the brain processes that information deeply, and it gives rise to new dimensions. “This opens the way for new research and innovation. Books become our best friend in this”, the Prime Minister added.

The Prime Minister concluded his address by stressing that it is extremely important to indulge in the habit of reading books, especially in a world that is rapidly changing. “Whether the books are in physical form or in digital form!”, he said, “I believe, such events will play a big role in creating the necessary attraction for books among the youth and help them in understanding their importance.”