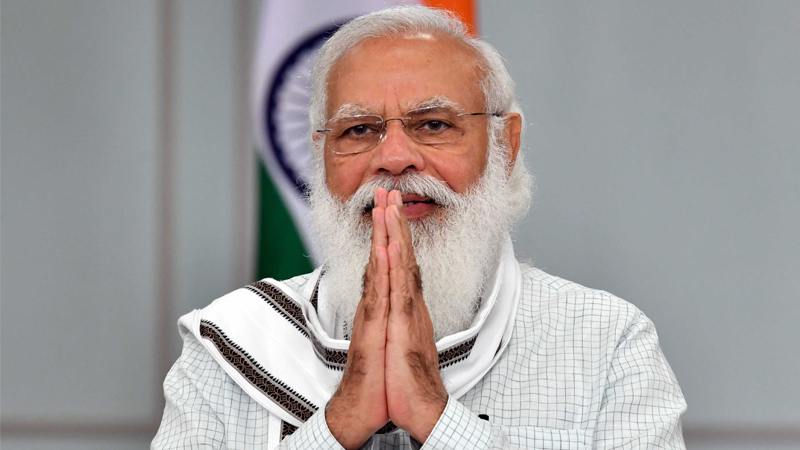 The Prime Minister, Shri Narendra Modi has said that skill development of the new generation is a national need and is the foundation of Aatmnirbhar Bharat as this generation will take our republic from 75 years to 100 years. He called for giving momentum to Skill India Mission by capitalizing on the gains of last 6 years.  The Prime Minister was speaking on the occasion of the World Youth Skill Day.

The Prime Minister underlined the importance of skills in the Indian culture and stressed the link between the importance given to skill development and ‘up-skilling’ and progress of the society. Shri Modi dwelled on the traditions of celebrating skills like  Vijayadashmi, Akshya Tritiya and Vishvakarma Pujan where skills and the vocational implements are worshipped. Citing these traditions, the Prime Minister called for due regard for skilled professions like carpenters, potters, metal workers, sanitation workers, horticulture workers and weavers. The Prime Minister noted that due to long periods of slavery, importance of skills in our social and education system got diluted.

The Prime Minister pointed out that while education tells us what to do, skill guides us in the actual operational implementation and this has been the guiding principle of Skill India Mission. He expressed happiness that more than 1.25 crore young persons have been trained under ‘Pradhanmantri Kaushal Vikas Yojna’

Stressing the need of skills in everyday life, the Prime Minister said that learning should not stop with earning. Only a skilled person will grow in today’s world. This is applicable to both people and countries. He said that India providing smart and skilled man-power solutions to the world should be at the core of our strategy of skilling our youth. He appreciated the step of global skill gap mapping and exhorted the stakeholders to continuously Skill, Re-skill and up-skill. This needs to be expedited as there is going to be a huge demand for re-skilling due to fast changing technology. The Prime Minister also recalled how our skilled workforce helped us in fighting an effective battle against the pandemic.

The Prime Minister referred to the vision of Babasaheb Ambedkar who placed great emphasis on skilling the weaker section. Shri Modi said that the nation is fulfilling this visionary dream of Babasaheb through Skill India Mission. For example, programs like ‘Going Online As Leaders’ -GOAL are helping tribal population with areas like art and culture, handicraft, textiles and digital literacy among tribal areas leading to entrepreneurship development among the tribal population. Similarly, Van Dhan Yojna is effectively connecting the tribal society with new opportunities. “In the coming days, we need to make such campaigns more widespread and make ourselves and the country Aatmnirbhar through skilling”, concluded the Prime Minister.