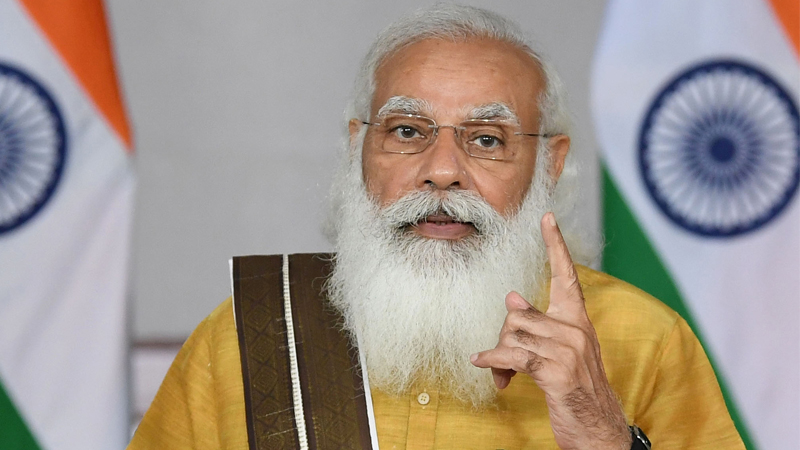 Speaking on the occasion, the Prime Minister remarked that the Corona pandemic has emerged as the biggest challenge of this century. But whenever there was a big humanitarian crisis in the past, science has prepared the way for a better future. He added that the basic nature of science is to create new strength by finding solutions and possibilities during crises.

The Prime Minister lauded the scientists for the scale and speed at which the vaccines were made within a year, to save humanity from the pandemic. He said this is the first time such a big thing has happened in history. He added that in the previous century, inventions were made in other countries and India had to wait for many years. But today the scientists in our country are working at the same speed and at par with other countries. He appreciated the scientists for making India self-reliant on COVID-19 vaccines, testing kits, necessary equipment and new effective medicines in the fight against Corona. He said that bringing science and technology at par with developed countries is better for the industry and the market.

The Prime Minister said that in our country, CSIR works as an institutional arrangement to keep the Science, Society and Industry on the same page. This institution of ours has given so many talents and scientists to the country like Shanti Swaroop Bhatnagar who gave leadership to this institution. He noted that CSIR has a powerful set of research and patents Eco-system. He said CSIR is working to solve many problems faced by the country.

The Prime Minister said that today’s goals of the country and dreams of the countrymen of the 21st century are based on a foundation. So goals of institutions like CSIR are also extraordinary. Today’s India wants to be self-reliant and empowered in every sector, from biotechnology to battery technologies, from Agriculture to Astronomy, from Disaster Management to Defense Technology, from Vaccines to Virtual Reality. He added that today India is showing the way to the world in the field of sustainable development and clean energy. Today, from software to satellites, India is accelerating the development of other countries, playing the role of a major engine in the development of the world. Therefore, he said that India’s goals should be in line with the needs of this decade as well as for the next decade.

The Prime Minister remarked that experts around the world are constantly expressing huge apprehension about climate change. He gave a call to all the scientists and institutions to make preparations with a scientific approach. He asked them to take lead in every sector from carbon capture to energy storage and green hydrogen technologies. He urged CSIR to take society and industry along. He lauded CSIR for starting to take suggestions from people following his advice. He praised CSIR for its role in the Aroma mission launched in 2016. He added that today thousands of farmers of the country are changing their fortunes through floriculture. He lauded CSIR for helping in cultivation of asafoetida within the country for which India was dependent on imports.

The Prime Minister urged CSIR to move forward in a definite way with a roadmap. This COVID-19 crisis of Corona might have affected the pace of development but the commitment to realise the dream of AatmaNirbhar Bharat remains. He gave a call for making optimum use of opportunities in our country. He said that there is immense potential in every field from agriculture to the education sector for our MSMEs and Startups. He urged all the scientists and the industry to repeat the success achieved during COVID crisis in every field.