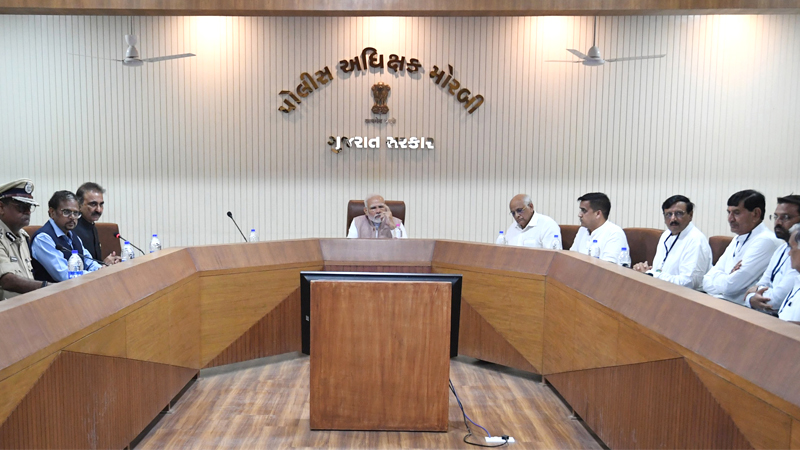 Prime Minister Shri Narendra Modi chaired a meeting in Morbi, Gujarat to review the situation in the wake of the unfortunate bridge mishap there.

Prime Minister said that the authorities must stay in touch with the affected families and ensure that they receive all possible help in this tragic hour.

Officials briefed the Prime Minister on the rescue ops and the assistance provided to those affected.

Prime Minister said the need of the hour is to conduct a detailed and extensive inquiry which will identify all aspects relating to this mishap. He also added that the key learnings from the inquiry must be implemented at the earliest.

Earlier, upon reaching Morbi, the Prime Minister visited the site of the bridge mishap. He went to the local hospital where the injured are recovering. He also interacted with those involved in rescue and relief work and lauded their fortitude.