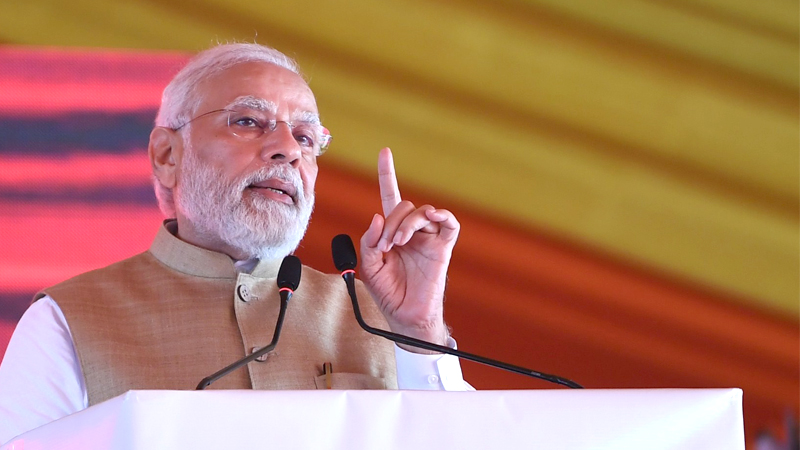 Speaking on the occasion, the Prime Minister said that today’s event reflects the improved healthcare facilities of the country. He said that the hospital will provide service to the people of Punjab, Haryana and Himachal Pradesh. He thanked the people of Punjab for their enthusiastic participation in the Har Ghar Tiranga Campaign.

Referring to his proclamation that he made from the ramparts of the Red Fort about making India a developed nation, the Prime Minister said “To make India developed, it is equally important to develop its health services.” The Prime Minister said that when the people of India will get modern hospitals filled with modern facilities for treatment, then they will get well sooner, and their energy will be channelled in the right direction. The Prime Minister reiterated the government’s commitment to create facilities for cancer treatment. He noted that Tata Memorial Centre is now equipped for treatment of 1.5 lakh new patients every year. He said that the new hospital and the AIIMS at Bilaspur will reduce the burden on PGI Chandigarh and provide much relief to the patients and their families.

The Prime Minister noted that today, the health facilities of the country are being improved by working together on six fronts. Elaborating on all six fronts, the Prime Minister mentioned the first front is the promotion of preventive healthcare, the second front is to open small and modern hospitals in villages, the third front is to open medical colleges and big medical research institutes in cities, fourth front is to increase the number of doctors and paramedical staff across the country, fifth front is to provide cheap medicines, cheap equipment to the patients, and the sixth front is to reduce the difficulties faced by patients by using technology.

Talking about preventive approach, the Prime Minister said that due to the Jal Jeevan Mission, the number of patients suffering from waterborne diseases has gone down considerably. Similarly, cleanliness, Yoga, fitness trends, Poshan Abhiyan, Cooking gas etc. are bringing down the number of patients. On the second front, quality testing facilities have been created and more than 1.5 lakh Health and wellness centres are being established. Out of which 1.25 have already been established. In Punjab about 3000 centers are functioning. All over the country, more than 22 crore people have been screened for cancer out of which 60 lakh screenings took place in Punjab.

The Prime Minister further added that once the disease is detected, then the need for such advanced hospitals arises where serious ailments can be treated properly. The Prime Minister highlighted that the central government is working on the target of at least one medical college in every district of the country. The Ayushman Bharat scheme under health infrastructure mission is creating modern health facilities at the district level at the cost of 64 thousand crore rupees, he added. The Prime Minister reiterated that at a time, there were only 7 AIIMS in the country but that number has gone up to 21 now. The government has approved about 40 specialized cancer institutes across the country, out of which many hospitals have already started providing services.

The Prime Minister emphasised that it is important to build a hospital and it is equally important to have a sufficient number of good doctors, and other paramedics as well. The Prime Minister reiterated that this work is being carried out on mission mode in the country, today. “Before 2014, there were less than 400 medical colleges in the country. That is, less than 400 medical colleges in 70 years. At the same time, in the last 8 years, more than 200 new medical colleges have been built in the country.” the Prime Minister said. The Prime Minister pointed out that the government has also recognized more than 5 lakh AYUSH doctors as allopathic doctors and it has helped in improving the doctor-patient ratio in India. Ayushman Bharat has provided free treatment up to Rs 5 lakh to the poor and as a result, 3.5 crore patients have got their treatment so far. The Prime Minister also added that out of these 3.5 crore patients, many were cancer patients. The Ayushman Bharat Scheme has saved about 40 thousand crore rupees of the patients. He informed that more than 500 medicines for cancer treatment witnessed upto 90 per cent reduction in price, saving upto one thousand crore rupees.

The Prime Minister said that for the first time, modern technology was being incorporated in the health sector on such a large scale. While concluding his address the Prime Minister added that the Ayushman Bharat Digital Health Mission is ensuring every patient gets quality healthcare facilities, on time, with minimum hassle. The Prime Minister highlighted the anticipated launch of Made in India 5G services will revolutionize the remote healthcare sector. “This will reduce the compulsion of the patients from poor families of the village to visit the big hospitals time and again”, he said. The Prime Minister also emphasised on the need to help patients and families in fighting the depression caused by cancer. He said, “As a progressive society, it is also our responsibility to bring change and openness in our thinking about mental health. Then only the right solution will be found for this problem.”

In an endeavour to provide world-class Cancer care to the residents of Punjab and neighbouring states & UTs, the Prime Minister has dedicated ‘Homi Bhabha Cancer Hospital & Research Centre’ to the Nation at Mullanpur, New Chandigarh, Sahibzada Ajit Singh Nagar District, Mohali. ​​The Hospital has been built at the cost of over Rs. 660 Crore by Tata Memorial Centre, an aided institute under the Department of Atomic Energy, Government of India.

The cancer Hospital is a tertiary care hospital with a 300-bed capacity. It is equipped with modern facilities to treat all types of cancers using every available treatment modality like Surgery, Radiotherapy and Medical Oncology – Chemotherapy, immunotherapy and Bone marrow transplant.

The Hospital will function like a ‘hub’ of cancer care and treatment in the region, with the 100 bedded hospital in Sangrur functioning as its ‘spoke’.