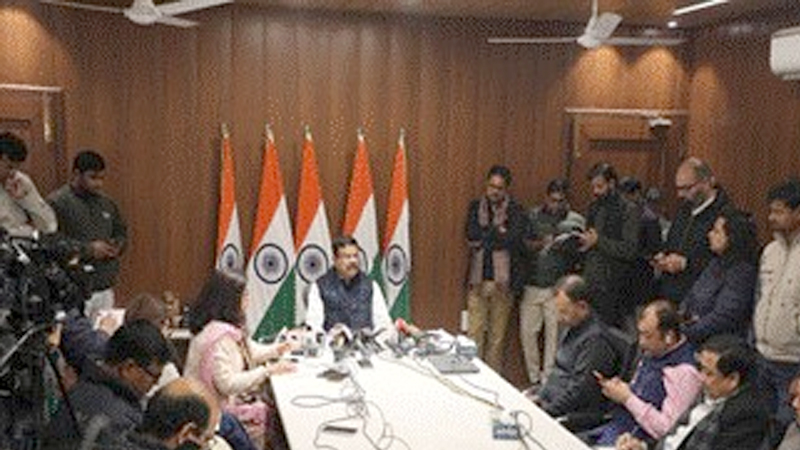 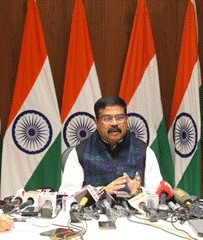 Shri Pradhan said that this press conference is in the line with the whole-of-the-Government approach which stands for collective action towards national priorities. He stated that the Prime Minister Shri Narendra Modi is giving long-due honour to the tribal population of the country. He spoke about the quantum leap in funding of centrally sponsored schemes aimed at the welfare of tribal population. Affirmative action and promoting inclusion for all round development of tribals is the key thrust areas of Government policy, he said. The allocation for STC funds has been increased from Rs. 19,437 cr in 2014-15 to Rs. 87,585 cr. in 2022-23 and the allocation for Ministry of Tribal affairs has also been increased from Rs. 3832 cr. in 2014-15 to Rs. 8407 cr. in 2022-23. While speaking about the increased allocation, he said that for the Government ‘Sabka saath, sabka vikas, sabka prayaas’ is not merely a slogan but a guiding philosophy and a responsible commitment. He also said that this is reflective of Prime Minister Shri Narendra Modi’s commitment to the upliftment of tribal population by touching aspects including protecting their culture, respecting their identity, education, health, self-employment.

Speaking about education, he said that education in local languages and mother tongue is one of the key focus areas of the National Education Policy 2020 of which tribal population will be a key beneficiary. He also spoke about the Eklavya Model Residential Schools for tribal population in which over 1 lakh students are enrolled.

Referring to ‘Pradhan Mantri Adi Adarsh Gram Yojna (PMAAGY)’ which aims at transforming villages with significant tribal population into model village (Adarsh Gram), Shri Pradhan said that it is envisaged to cover 36,428 villages having at least 50% tribal population under it. The aim of this scheme is to achieve saturation of basic amenities and facilities in these villages in a mission mode. 7500 villages will be taken up annually over the next 5 years under it.

The government is ensuring livelihood opportunities for tribals under scheme of Van Dhan Kendras for tribal Self Help Groups, including 87 Minor Forest Produce items (MFP) under MSP, 273 tribal clusters under SFURTI . The Prime Minister’s focus is on promoting millets, which offer nutritious diet and are primarily grown in tribal areas, the Minister explained. Recently announced International Year of Millets on the initiative of Prime Minister Shri Narendra Modi will go a long way in empowering the tribal population, who contribute majorly to millets cultivation.

Shri Pradhan also spoke about the contribution of tribal leaders in freedom struggle and the Government’s efforts to honor this rich legacy and history including by opening tribal museums, observing Janjatiya Gaurav Diwas and other initiatives. He also spoke about other initiatives like the Van Dhan Vikas Kendras, development of searchable tribal digital document repository, SFRUTI scheme and the setting up of the first-ever National Tribal Research Institute.