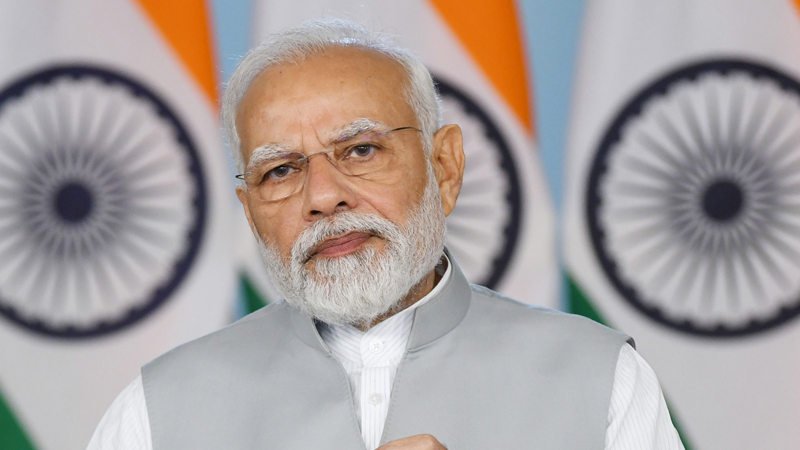 Addressing the appointees, the Prime Minister started with greetings and best wishes for Dhanteras. “Today marks the day when a new link in the form of Rozgar Mela is being anchored to the employment and self-employment campaigns in the country that are going on for the last 8 years”, he said.  The Prime Minister said that keeping in mind the 75 years of independence, the central government is giving appointment letters to 75,000 youngsters under a programme.  “We decided that a tradition of giving appointment letters in one go should be started so that a collective temperament of completing projects in a time-bound way develops in departments”, he said explaining the rationale of the Rozgar Mela. In the coming days also, candidates will get their appointment letters from the government from time to time. “I am happy that many NDA-ruled and BJP-ruled states along with the Union Territories will also organise similar Melas”, he added.

Welcoming and underlining the significance of the timing of their induction, the Prime Minister told the new appointees that in the Amrit Kaal, for the fulfilment of the resolve of a developed India, we are marching ahead on the path of a self-reliant India. The Prime Minister remarked that the innovators, entrepreneurs, industrialists, farmers and people from the field of manufacturing and services have a crucial role in taking India to the path of self-reliance. Highlighting the importance of Sabka Prayas, the Prime Minister said that everyone’s efforts are critical in this journey and this feeling of Sabka Prayas is possible only when all the important amenities reach everyone.

He said that completion of the process of selection for the lakhs of vacancies in a few months and issuing appointment letters is an indication of the change that the government system has undergone in the last 7-8 years. “Today, work culture is changing”, he said. “The efficiency of government departments has increased due to the efforts of our Karmayogis”, he added. He recalled the days when applying for government jobs was a cumbersome process and favouritism and corruption were rampant in selections. He said that the steps during the initial years of his government,  like self-attestation and abolition of interviews in Group C and Group D posts of the Central Government, have helped the youth.

Today, India is the 5th biggest economy. This feat has been achieved because of the reforms undertaken in the last 8 years. We have, the Prime Minister pointed out, leapt forward from the 10th to 5th position in the last 7-8 years. While acknowledging the enormity of the economic challenges that the country faces, the Prime Minister said that India could manage to contain the negative repercussions to a great degree. “This has been made possible because in the last 8 years we got rid of those shortcomings of the country’s economy which created hindrances”, he said.

Emphasising the most job-intensive sectors like agriculture, private sector and MSME, the Prime Minister highlighted the importance of skilling India’s youth for a brighter future. “Today we are emphasising the most on skill development of youth. Under the Pradhan Mantri Kaushal Vikas Yojana, a huge campaign is going on to train the youth according to the needs of the industries of the country”, he said. 1.25 crore young people have been trained under Skill India Abhiyan. Kaushal Vikas Kendras all over the country and hundreds of higher education institutes have been opened, he informed. The Prime Minister also said that initiatives like liberalising drone policy, opening up space policy, and 20 Lakh crore rupees worth of loans under Mudra Yojana have taken the process further. “Never before a self-employment program of this magnitude was implemented in the county”, he said.

The Start-Up India campaign, the Prime Minister pointed out,  has established the potential of the youth of the country all over the world. Similarly, MSMEs were supported in a big way during the pandemic, protecting about 1.5 crore jobs. MGNREGA amounts to jobs for 7 crore people in the country,  he added.

The most ambitious project for the country in the 21st century has been the ‘Make in India’ and Atmanirbhar Bharat. Today, the country is moving from being a growing importer to a very large exporter in many respects. There are many such sectors in which India is moving fast towards becoming a global hub today. He said record-breaking exports also indicate robust employment growth.

“Government is working comprehensively in the manufacturing and tourism sectors as both have huge employment potential”, he said.  Processes are also being simplified for companies from all over the world to come to India, set up their factories and meet the world’s demand. The government has also started the PLI scheme to give incentives on a production basis. The more production, the more incentive, that is the policy of India. Its results are already visible in many sectors today. The data of EPFO ​​which has been coming in the past years also shows how much the government’s policies regarding employment have improved the situation. He noted that according to the data that came two days ago, in the month of August this year, about 17 lakh people joined EPFO and have now become a part of the country’s formal economy. He informed that about 8 lakh such people are in the age group of 18 to 25 years.

The Prime Minister highlighted the aspect of employment generation through infrastructure creation. He informed that thousands of kilometres of National Highways have been constructed across the country in the last eight years and work is being constantly done across the country on doubling, gauge conversion, and electrification of railway lines. He further added that new airports are being built in the country, railway stations are being modernised, and new waterways are being built. “More than three crore houses have also been built under PM Awas Yojana”, Shri Modi added.

The Prime Minister informed that the central government is working simultaneously on many fronts to create more and more jobs in the country. The Prime Minister informed the Government of India’s working with a target of more than one hundred lakh crore rupees with regard to infrastructure. . He noted that the development work is being carried out on a large scale creating lakhs of employment opportunities for the youth at the local level. The Prime Minister gave examples of places of faith, spirituality, and historical importance that are also being developed across the country. The Prime  Minister noted that these works being done for modern infrastructure are also giving new energy to the tourism sector and creating employment opportunities for the youth in remote areas as well.

The Prime Minister noted that India’s biggest strength lies with the youth of the nation. They are the driving force behind the making of a developed India in the Azadi ka Amrit Kaal. The Prime Minister urged the new appointees to always keep their ‘Kartavya Paths’ in mind when they walk in through the doors of offices. “You are being appointed for the service of the citizens of the country”, the Prime Minister said. In the 21st century India Government job is not just about facilities but a commitment and a golden opportunity to serve the people from every nook and corner of the country in a time-bound manner, the Prime Minister concluded.

Today’s initiative will be a significant step towards fulfilling the Prime Minister’s continuous commitment to providing job opportunities for the youth and ensuring the welfare of citizens. As per the directions of the Prime Minister, all Ministries and Departments are working towards filling up existing vacancies against sanctioned posts in Mission Mode.

The new recruits, selected from across the country, will join 38 Ministries/Departments of Government of India. The appointees will join the government at various levels viz. Group – A, Group – B (Gazetted), Group – B (Non-Gazetted) and Group – C.  The posts on which appointments are being made include Central Armed Force Personnel, Sub Inspector, Constable, LDC, Steno, PA, Income Tax Inspectors, and MTS among others.

These recruitments are being done in mission mode by ministries and departments either by themselves or through recruiting agencies such as UPSC, SSC and Railway Recruitment Board. Selection processes have been simplified and made tech-enabled for expeditious recruitment.