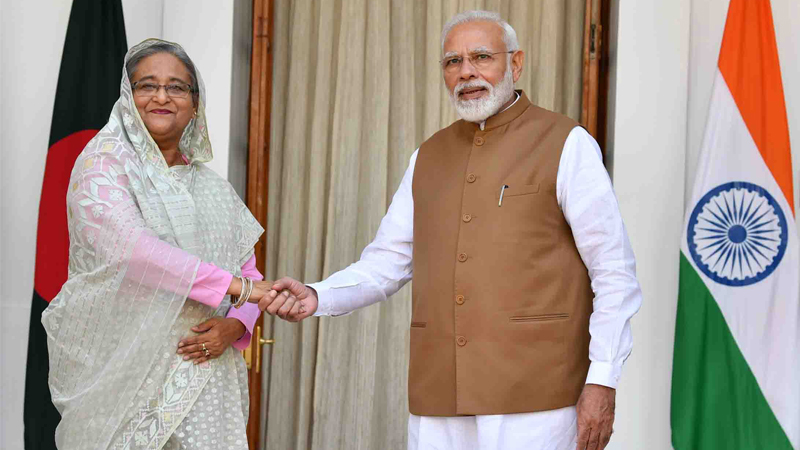 The other projects are the Vivekananda Bhavan at Ramakrishna Mission in Dhaka and the Bangladesh-India Professional Skill Development Institute, a facility to benefit small and medium enterprises at the Institute of Diploma Engineers.

Besides, India and Bangladesh signed seven agreements in New Delhi this afternoon in several areas including education. The MoUs were exchanged following bilateral talks between Prime Minister Shri Modi and Ms Hasina at Hyderabad House in New Delhi.

In his statement, Prime Minister Shri Narendra Modi said the projects inaugurated today – in LPG import, vocational training, and social facility – have the common goal of improving the conditions of the common people. He said the foundation of India-Bangladesh ties is the welfare of the common man. Shri Modi said the Vivekananda Bhavan at Ramakrishna Mission will house more than 100 university students. He expressed happiness that bilateral ties will get a boost after today’s productive discussions.