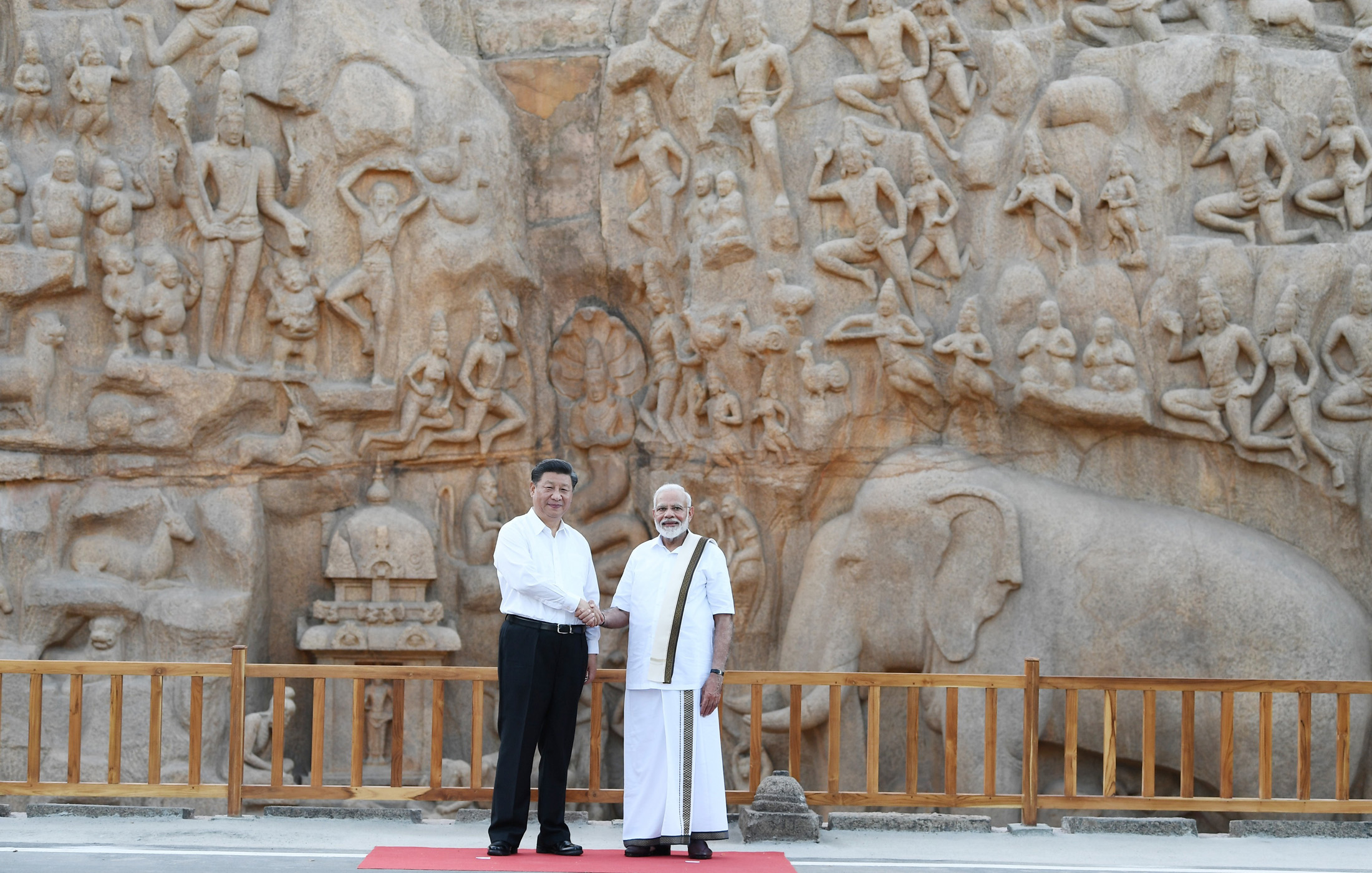 Prime Minister Shri Narendra Modi and Chinese President Xi Jinping are holding talks for the second day today in Mamallapuram, Tamil Nadu.  Both the leaders were in a one on one conversation for around an hour in which current geopolitical issues are believed to have been one of the areas of focus. This was followed by delegation-level talks. The talks are underway in the serenity of the coastal town of Mamallapuram near Chennai, in the relaxed setting of the informal summit.

The historic summit would be wound up with Prime Minister Shri Modi hosting lunch for the visiting dignitary.

On the first day of the Summit yesterday, Prime Minister Shri Modi guided President Xi around the iconic monuments in Mamallapuram, the Pallava era town that boasts of historic links with China. The dinner hosted by Shri Modi to the visiting leader there last night went on for extended hours, signifying the growing warmth and personal rapport between the two leaders.

The Chinese President has acknowledged during his one-on-one talks yesterday that both India and China, being big and complex societies, face the common threat of radicalization and terrorism. They discussed their national vision and governance priorities. They also agreed to explore ways of further expanding mutual trade and investments.