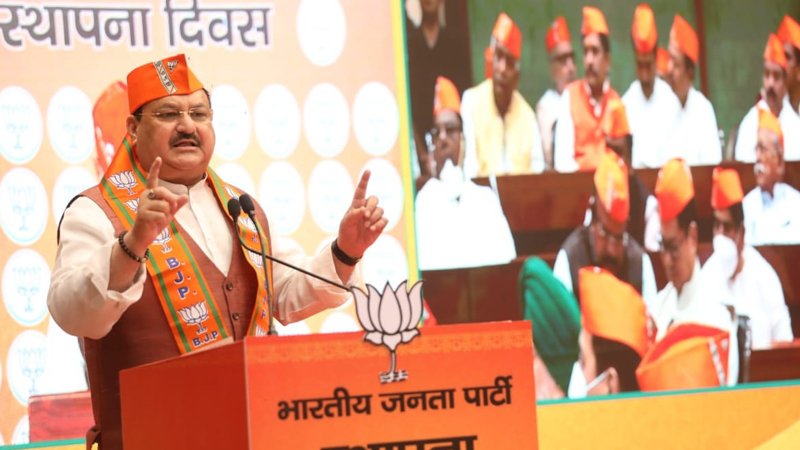 The Bharatiya Janata Party National President Shri Jagat Prakash Nadda ji today hoisted a flag in the party headquarters on the occasion of the party’s 42nd Foundation Day. He also offered floral tributes at the bust of Dr Shyama Prasad Mukherjee, the ideologue of national unity and integrity, and Pandit Deendayal Upadhyay ji, the pioneer and propagator of ‘integral humanism’ and ‘Antyodaya’. Shri Nadda also inaugurated a blood donation camp at the party headquarters on the occasion.