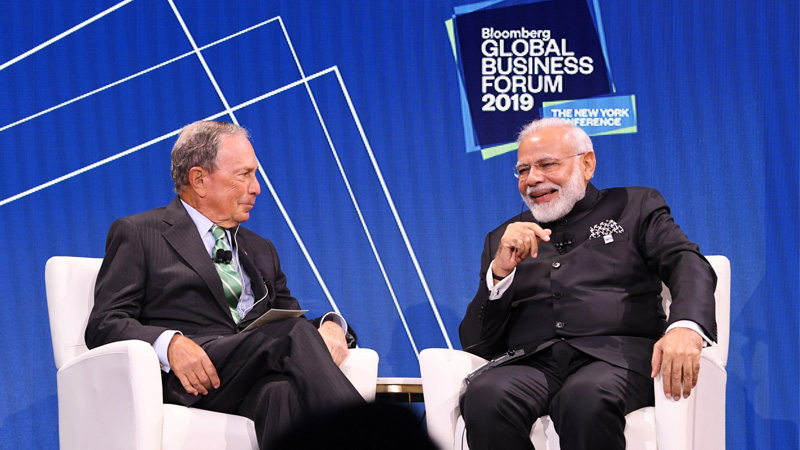 Prime Minister noted that the Indian economy has benefited from the climate of political stability in the country.

Prime Minister also highlighted global recognition of the successful reforms introduced by the Government. In this regard he mentioned the ten rank jump in the Logistics Performance Index, the thirteen point jump in the Global Competitiveness Index, the twenty four rank rise in Global Innovation Index; along side the sixty five rank improvement in the Ease of Doing Business index calculated by the World Bank.

Prime Minister also spoke of the Bloomberg National Brand Tracker 2018 survey that recently ranked India as the top performing Asian economy in attracting global investment. In 7 out of 10 indicators of this report i.e. political stability, currency stability, high quality products, anti-corruption, low cost of production, strategic location and respect for IPRs, India has been ranked at the top position.

On the technology and innovation front, the Prime Minister invited the global business community to invest in India and stated that their technology and India’s talent can together change the world; their scale combined with India’s skill-set can accelerate global economic growth.